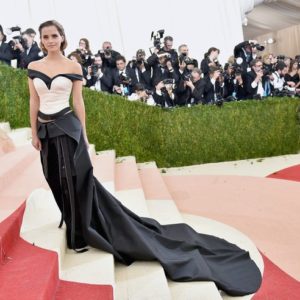 Five decades of sustainable fashion and five decades to celebrate, BA (Hons) Fashion Communication student, Alice Morey looks back at the major moments to celebrate in Fashion over the last half a century.

This year marks 50 years since the first Earth Day, a global initiative with a prerogative to raise awareness of the impact of human actions on the environment. An initiative which at its core holds the values of ‘hope, optimism, and action’. Here, we take a moment to appreciate the positive actions in the fashion industry and think critically about how the fashion industry must change for the better.

Speak out in the Seventies

The 1970s… from flower power to plaid, flares and long luscious flowing locks, and even the sequin, metallic glamour of Studio 54 jumpsuits: fashion was political and a reflection of your personal beliefs.

Defined by a culture of challenging ingrained social norms, the turn of the decade was a force for change. 1971 was the founding year of Green Peace and on April 22nd, 1970 the first-ever world Earth Day was held bringing to the fore, the emergence of a voice behind the public consciousness for the wellbeing of the planet. This new level of eco-consciousness was played out across fashion with a preference for an earthy colour palette think browns, tan, mustard yellow, moss green, burnt orange, and peach.

The 1970s was also the moment we took a walk on the dark side and embraced our inner Punk. A subculture which popularised the upcycling trend. From studded, distressed layering with an assortment of painted leather and plaid; fashion was re-imagined and a garment took on a new lease of life. Showcasing early signs of an emergence of a circular fashion economy.

Fur Free & Feminist in the 80s

People for the Ethical Treatment of Animals PETA were founded in 1980 and were integral, along with the most prominent pressure group of the 80s, and British anti-fur charity, Lynx in leading the anti-fur movement. A movement that crippled the British fur trade resulting in a 75% drop in fur sales between 1985 and 1990 in Britain and resulting in only 29 of Britain’s 75 fur farms surviving the slump.

Lynx’s methods were unorthodox and more reflective of a PETA campaign today with shock tactics employed. Stark imagery and bold headlines, slanting slogans stated “It took 13 dumb animals to make this and only one to wear it” were plastered across posters challenging the consumer and their choices.

1987 was the year “Sustainability” gained its definition from the UN (development that meets the needs of the present without compromising the ability of future generations to meet their own needs). The same definition which sustainable fashion has a goal and marker to work towards today.

The 1990s sees R&B get a fashionable reboot and an infusion of Rap and Hip Hop into popular culture as well as the glorious era of the glamazon supermodel.

Streetwear washes over the mainstream, think high waisted acid washed belted denim, turtlenecks, oversized blazers, crushed velvet, and bucket hats. The 90’s fashion scene embraced technology and with television widely available, fashion and style a world that was once confined to the celebrity and elite was made accessible to all.

The emergence of fast fashion, aided by the advancement in communications and a global supply chain presented the biggest challenge and opponent to the sustainable and ethical fashion movement.

The 1990s was the year designer and environmental activist Katharine Hamnett’s ethical work came to the fore. Hamnett used the runway as her advocacy platform for her political and environmental beliefs with her slogan tees littering the fashion press. Hamnett had a desire to produce a collection that adhered to strict ethical and environmental regulations, a process that saw a dissection of the production stages to improve fibre sourcing and the development of organic wool and cotton.

A change that arrived inline the formation of the Fair Wear Foundation in 1999, the arrival of the Fairtrade Foundation in London, and Patagonia launching their first sustainable E Collection.

On the high fashion front, change was afoot. Stella McCartney changed the luxury fashion industry forever in 2001 with the launch of her label. A signature style of sharp tailoring, natural confidence, and sexy femininity. Left uncompromised by a strong commitment to sustainability and providing innovative fabrics, addressing social problems and an advocate of cruelty-free fashion.

With the founding of the Better Cotton Initiative (2005), The Ethical Fashion Forum (2006) and Livia Firth’s Eco Age (2009) providing a new formal standard. A stake was placed in the ground calling for a responsible industry with a transparent supply chain and industry-wide standardising of sustainable practices.

The pinnacle decade for sustainable fashion from 2010

The last decade brought us the skinny jeans, millennium pink, a resurgence of animal print, the widespread wearing of leggings and the side fringe… but now it was time for change.

A symbiosis of technological advancements and a penetration into the public psyche appears as we enter the “Tensies”. With investment into real alternatives such as vegetable-based leathers like Piñatex, we begin to see some real change in how brands are manufacturing goods. This gains prominence as a direct impact of awareness being raised around the scale of the problem – with films such as ‘The True Cost’ forging a clear resonance between a garment of clothing and the impact being made on another human being.

Livia Firth brought her message to the Green Carpet in 2010, whilst Fashion Revolution was formed in 2013 and the public forced sustainable fashion firmly onto the agenda.

A whole Green Fashion Week emerges in 2017 before the challenge at the end of the decade becomes so prominent “sustainability” busts out of its parameters. Major changes are asked of the traditional fashion week settings. Primarily through the cancelling of Stockholm Fashion Week in 2019, followed by the announcement that from the Council of Fashion Designers of America (CFDA), America’s governing body in fashion, announced an impact study of New York Fashion Week with the Boston Consulting Group, to be released in-line with the 50th anniversary of Earth Day. Sustainable fashion becomes cool and ditches its drab and greenwashed former stereotype.

Will the Twenties solve it all?

It is unclear what the future holds, but if the last fifty years prove anything, design innovation, technological advancement and the will of the people drive the message forward. The COVID-19 pandemic has obliterated the global supply chain and has pressed the reset button. With countries working to slowly return to normal and individually reduce their lockdown levels, we are in an unusual position where different parts of the supply chain will be ready at different times.

Is this the time that sustainable fashion is not just manipulated to fit into a fixed industry model, but rather an opportunity for the sustainable fashion movement to become the driving force behind the formulation and creation of a new ‘working for all’ fashion model? Only the next half a century will tell…