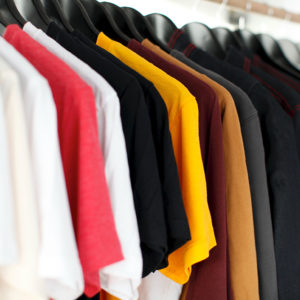 In the wake of the announcement of Molly-Mae Hague and Kendall Jenner gaining appointments as Creative Directors, does this mark a change in the job description? CNC investigates…

It seems that the role of influencers has evolved again. On the 26th August 2021, via Instagram,  Molly-Mae Hague, runner up of Love-island in 2018, announced her new position as the UK / EU Creative Director of Pretty Little Thing (PLT). This announcement was made alongside the announcement of her newest collection for the fashion retailer, which operates as part of the Boohoo group.

PLT announced the collection on their own instagram account with the caption “Our girl is BACK with her newest collection of the ULTIMATE ‘fits designed from start to finish by @mollyme”. This new appointment of the Love Island star is a poignant move for both brand and influencer, but what does it mean for traditional sources of fashion authority?

The power of social media is strong and evident with the average of 32 strangers entering into the villa over the course of a Love Island series. Upon their departure they have been thrust into mainstream consciousness as a result of at the peak of the series being watched by 3.3 million viewers – as reported by ITV recording figures. For Molly-Mae, prior to her entering into the villa she had 100,000 Instagram followers, which has ballooned to 6 million today. This has allowed her to evolve her previous experience as a fashion influencer to designer and now creative director.

However, one of the unique characteristics of a Love Island alumni is that prior to their rise in stardom is an eight week intensive ‘getting to know you’ experience, between the viewer and the contestant. A rapport that is built where the viewer learns to understand the personality, style and authenticity of their favourite contestants. A clear advantage which can be used by brands, when they choose to align themselves in partnerships deals, the character and qualities of the influencer then become attached to the brand. For example, Invesp reported in early 2021 that “59% of shoppers prefer to buy from the brands they trust”. By placing an influencer at the helm of the creative vision of a fashion brand, there is a face for people to identify with and make a connection to, that a consumer can invest into.

There seems to be a shift in the industry with Kendall Jenner, similarly being named as Creative Director for online e-tailer FWRD – although these two new recruits may seem unlikely contenders for the roles, with both appointments receiving some criticism from the industry. Arguably one of the key responsibilities of a Creative Director is to promote and brand their product offering and both these women are in an ideal position to do just that.

Perhaps then this is a moment of change for the fashion industry, a stake in the ground for a shift away from a traditional job description to fit keystone roles commonly found in a fashion brand. Only time will tell how these new appointments shift the directions of these two e-tailers and whether a new precedent has been set for the appointment of Creative Directors.