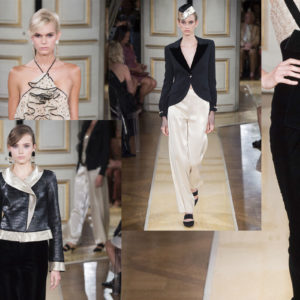 Giorgio Armani proved once again that he is king of old-school glamour as models graced the catwalk in his Autumn/Winter 2018 couture collection at the Armani Privé show in Paris on 3rd July 2018. 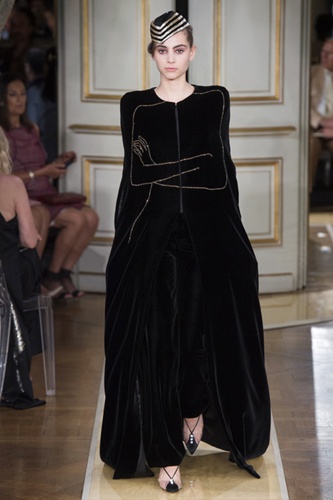 His star-studded front row included some big stars from Tina Turner to Juliette Binoche who came to admire the designer’s latest pieces. The show took place in a more intimate space, the Italian embassy, compared to Armani’s usual go-to (the Palais Challiot); and the change proved to be a success as the elegantly decorated rooms and interior complemented the collection perfectly. 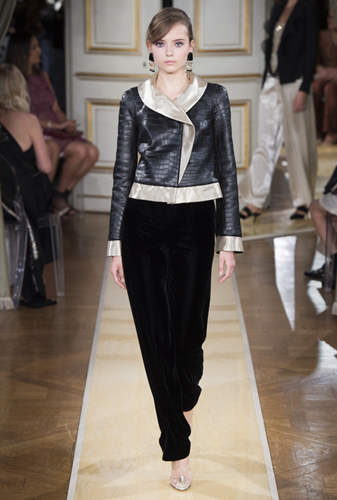 A monochrome palette of black and cream that was incorporated into all 95 looks showed off the dramatic details that Armani clearly finds hard to resist. Sequins, shimmer, glitter and gold adorned a variety of looks; with a handful embracing bright blues and blush pinks. Ruffles and tassels were also added to the considered silhouettes, showing why Armani is a red carpet main-stay. 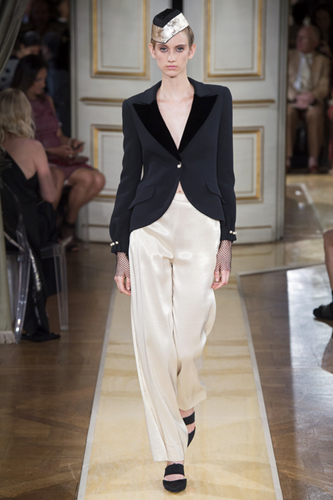 Big dresses with full skirts seemed to reach out to an older, richer audience, however, an entrance of strapless, long fitted glitzy gowns and sparkling suits suggested that perhaps Armani is reaching out to the youth too. Accessories included military-style garrison caps that were highlighted with embellishment and sequins. It was the second time for the accessory to make an appearance on a couture catwalk show (Karl Lagerfeld also used them at Chanel) and it could just be that two major houses have kick-started the next big trend for AW18.