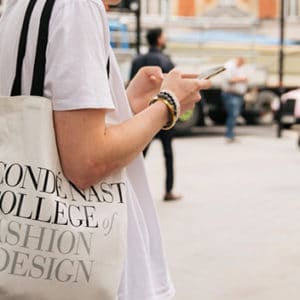 Chief Executive Officer of Condé Nast College, Nick Isles discusses why smaller-scale academic institutions will be welcomed by Higher Education in a post-pandemic world offering courses vocationally focused to specific industries. Isles is an experienced writer, researcher and consultant with over twenty years’ experience of engagement with organisations across the private, voluntary and public sectors. In recent years he has specialised in working with a wide number of universities in the UK and elsewhere.

Right now, academic institutions up and down the country are fighting the daily struggle to keep students safe in the face of their fury and disappointment.  The university experience has been chronically devalued for thousands of young people.  It will be some time before the dust settles sufficiently to gauge the damage done to the idea of going into Higher Education by days and weeks of television pictures of halls of residence looking more like prisons than homes from home.  The rumble of discord regarding undiscounted fees for Zoom-only teaching is unlikely to have subsided by the time next year’s loans are taken out.  The pandemic was not the fault of the sector and even though it was a government decision to open up for this year there will be significant damage to the reputation of the very concept of a university education.

Some universities are in trouble and the possibility that some might even go under, especially if public pressure forces a cut in prices, cannot be discounted.  We may be about to witness the biggest redrawing of the map of Higher Education in this country since the explosion in numbers post-1992.  Many are suffering from strategies which led to a dearth of curriculum diversity in the hunt for volume.  Many rely critically on students from China.  Those numbers have held up remarkably well in spite of the declining international relations and the pandemic, but nothing lasts forever.  China is in the midst of a massive growth in the number of domestic universities, many of which offer education of a very high standard.  The Chinese government also has a vested interest beyond the economic for encouraging young people to study in their own country.  Bill Spence is a professor at Queen Mary University of London and was vice provost for research from 2013-2019.  In a piece for Opendemocracy.net he wrote, “UK universities have a rapidly increasing reliance on income from a country whose government actively suppresses freedom of speech views it as an alien Western ideal.  Students not travelling to the west to learn are less likely to be infected with dangerous liberal ideas; an added attraction for keeping them close.  Currently these foreign students are subsidising not only the opportunities of domestic students but also the research upon which the reputation of many of our larger universities rely.

That Higher Education will take place very largely online in future seems beyond argument.  Too many in the UK have not invested well and have been sluggish to adapt their offering to the internet generation, still less the fees they are prepared to charge for distance learning, often preferring easier deals with far off partners as validation income.  This is not helped by the fact that centralised management in larger universities makes it almost impossible for individual schools to be agile and innovative.  Decisions are often made by those who are not the closest to the client leading to misunderstanding and lack of consideration for the immediate needs of the market.

By contrast, smaller bodies can operate as boutique players offering a distinct and distinctive suite of discrete courses vocationally focused to specific industries.  Academic leaders can innovate more freely with less bureaucracy to hold them down and hold them back.  Small is also agile and adaptable.  Here at Condé Nast College of Fashion & Design, our brilliant staff created our first online programme from nothing to launch in six weeks.  Smaller institutions are able to seek out partners with greater ease and reach profitable agreements much more quickly with them than bigger more cumbersome beasts.

When extinctions occur it is always the largest animals that disappear most quickly, their places taken by smaller more adaptable creatures.  We may not be about to witness a full-blown extinction event, but survival of the fittest may yet see the demise of universities of significant stature.