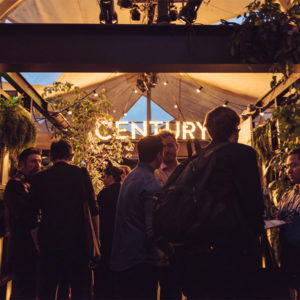 As far as work experience goes, my time assisting at The Grooming Room ranks among that which I would consider to sit on the fine line between work and play. Spanning from the 7th to the evening of the 9th January, the invitation-only FARBLACK event existed as a welcome escape for press, VIPs, celebrities and fashion influencers during London Fashion Week Mens, one of the fashion calendars busiest periods.

An early start on the morning of the 8th saw the second floor of Century Club transformed into a hive of activity and stations, ready for its 11am opening. Beard styling, eyebrow shaping, nails, makeup and a ‘no needles facelift’ made up just a few of the complimentary treatments enjoyed by the throng of British Fashion Council accredited individuals, seeking a retreat between shows. Managing the appointment lists across the aforementioned stations, illustrated the ineffectiveness of both torrential rain and the dreaded tube-strike on deterring the masses from their pilgrimage to the LFWM extravaganza; a homage to fashions influence today.

The exciting in-house live broadcasting of music and commentary, by a line-up of celebrity DJs at Hoxton Radio, serenaded both those being pampered and those found slumbered on the sofas documenting their runway reports, drunk on free-wifi, tipsy on the unfaltering flow of cocktails and caffeine.

Working at The Grooming Room was incredibly tiring, rewarding and fueled by Propercorn, all in equal measure; each day bringing more responsibility, and pampering, than the last. Albeit not entirely in the job description, my perfectly manicured nails made the tube strike induced 4 hours it took me to do my usual 1 hour 30 minute journey home, infinitely better!