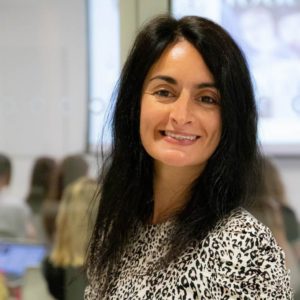 Sara Hassan is a fashion editor, stylist and writer and has been in the industry for 20 years. Her career began with a BA Hons degree in Fashion Communication & Promotion from Central Saint Martins.

Sara’s first job was at British Vogue, where she spent four years as Fashion Co-ordinator. From there she moved to Sunday Times Style as Senior Fashion Editor, styling and directing shoots as well as collaborating with photographers such as Kai Z Feng, Mary McCartney, David Bailey and Graeme Montgomery. She has styled celebrities including Emily Blunt, Kate Moss and Rosie Huntington-Whiteley.

You can often find Sara in the College’s photographic studio, helping students with direction, production and styling.