CNC in New York: A Visit to the Richard Avedon Foundation 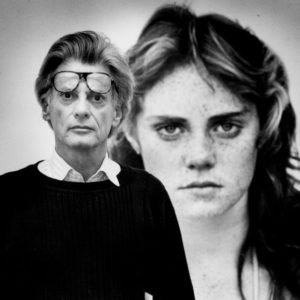 In an old carriage house located in Midtown Manhattan, the Richard Avedon Foundation is tucked away on a side street in a rare oasis of the city. The photographer – who worked with Harper’s Bazaar, The New Yorker, and Vogue for more than twenty years – passed away in 2004, and the foundation allows the public to see his entire life’s work close up. Without knowing it was there, you would walk straight past it, but once you’re inside, you forget all about the bustling world outside. 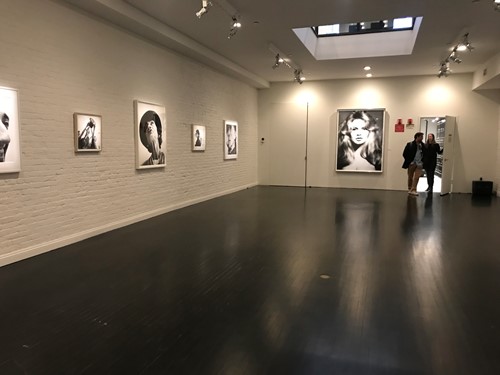 Before being met by James Martin, the director of the foundation, we were given the chance to wander around the ground floor, which was decorated with a selection of Avedon’s photography. The collection on show consisted of various portraits all in black in white, showcasing the style that Avedon is so famous for.

Pride of place a huge and sultry Brigitte Bardot taking up an entire wall gazed at you as you entered the room. Hanging on the other walls, there was an unusually expressive face of Coco Chanel, a happy street performer in Italy, and a powerful portrait of a bare-chested man holding a snake. This was all only the beginning. 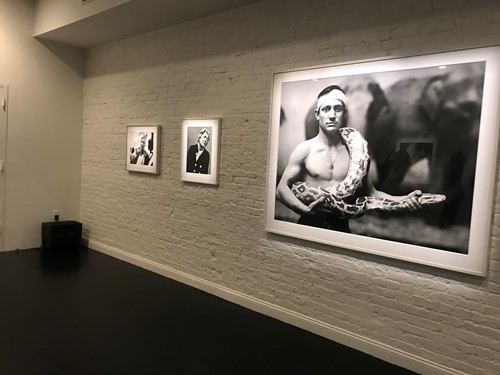 We were shown to a small room at the back of the main gallery, full of organised filing cabinets. These contained documents, negatives and small prints from various photoshoots, including presidential portraits and one with Audrey Hepburn in Hollywood. After flicking through these, we were taken upstairs to see selected pieces from the archives, including some of the most famous images of Avedon’s career.

The first room we went into was at the back of the building, flooded with natural light and full of books – the library. Featured on one of the walls was a huge portrait of Charlie Chaplin making devil horns, capturing the actor’s playful personality perfectly. 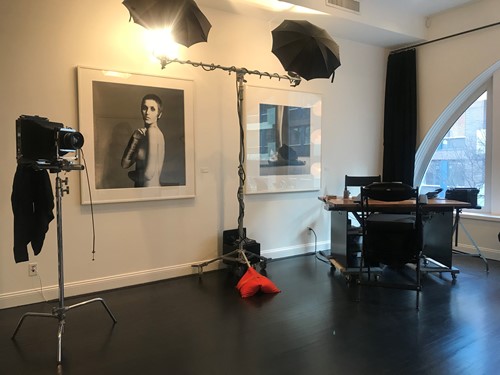 The second room upstairs at the front of the building was set up as a photography suit that housed some very special images. In amongst the collection were original prints of Twiggy, Jean Shrimpton and Verushka, many of which were featured in Harper’s Bazaar and other fashion publications.

There was a photo of a topless Truman Capote from 1955, headshots of the young Beatles, and a portrait of President Eisenhower, unseen for many years at the command of the Eisenhower administration. Lastly, we saw the renowned, strangely sombre portrait of Marilyn Monroe, which Avedon had captured in one of Marilyn’s rare, unprepared moments in front of the camera. 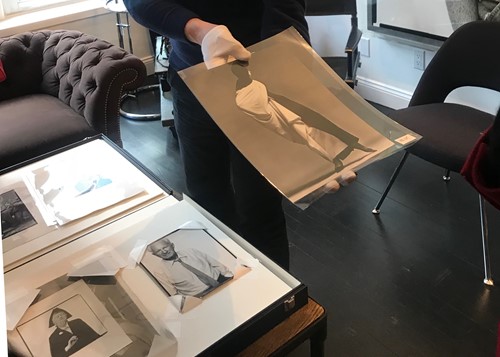 What was clear from the minute we entered the foundation was that there was a common theme to all of Avedon’s work: exposing raw, authentic emotion behind an exterior.

He was truly the master of showing through his portraits people off-guard, at their most vulnerable, and at their best. Not to mention the unprecedented talent that he had to capture fashion with lifelike texture and movement. The beautiful foundation is a true testament to Avedon’s impeccable artistic skill; his legacy one to be remembered and admired.