Who says you cannot wear the same thing twice? Not Gen Z 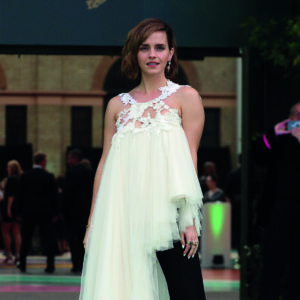 Clothing has dropped the status of being single use and with the greatest fashion faux pas no-longer considered being caught in the same thing twice. Last night outfit repeats got the royal re-wear seal of approval at the Earthshot awards. Gen Z have firmly established themselves at the forefront of setting a new precedent for how we dress. CNC reflects on how Gen Z are deconstructing historical attachments to clothes and re-wearing for a better future. Alongside the valuable insight made by last week’s industry speaker Charlotte Turner, Sustainable Fashion & Textiles Consultant & Advisor at Eco-Age, in how Gen Z have contributed to re-crafting the fashion industry.

The important role Gen Z has played in the conversation around the climate crisis is not a new phenomenon. Initially gaining national press headlines back in 2019 when 10,000 school-aged children marched in unison across 60 different UK cities in protest to lobby the government to take direct and affirmative legal action for a greener, more responsible future.

Although the wider agenda is on the climate crisis, a pillar to this work is promoting a circular fashion system. These students in the UK marched a year after Greta Thunberg, now the inaugural Vogue Scandinavian cover girl, took to the streets in her infamous yellow mackintosh to skip school in a strike against climate change. A figurehead for a movement which has infiltrated the wider fashion industry where Vogue Scandinavia is operating off of a subscription model and eliminating deadstock.

Since then Gen Z have defined themselves as the generation with a cause and are being recognised for their contribution. Speaking at the Earthshot Prize last night, the Duke of Cambridge implored young people to not “give up hope” and “keep demanding change to tackle the climate crisis”.

The Earthshot prize is a new annual awards show created by the Duke and Duchess of Cambridge, to reward and recognise those who are fighting to save the planet.  As part of the awards show that was streamed by the BBC, five innovative green projects from across the globe received a million pounds each. One of the winners in the ‘Protect and Restore Nature’ category was The Republic of Costa Rica, a pioneering scheme that pays local citizens to restore natural ecosystems, which has prompted a revival of the rainforest. Through this scheme the rainforest, which had reached almost complete decimation has since doubled the number of trees. The namesake of the event, pays tribute to “Moonshot” the ambition and pledge of President J.F Kennedy to land a man on the moon within the decade, during the 60s.

Leading by example the Duchess of Cambridge, oozed effortless glamour, in a royal re-wear of a lilac Alexander McQueen gown, first worn at a BAFTA event in LA back in 2011. The Duchess accessorised the look with Oscar de la Renta heels and Kiki McDonough earrings, which have previously been worn at the wedding of her sister, Pippa Middleton, in 2017. No stranger to an outfit repeat, the Duchess of Cambridge fitted the evening’s dress code perfectly, with guests asked to  “consider the environment when choosing their outfit”. Alongside The Duchess, Emma Watson stepped back onto the red-carpet after three years away, appearing in gender fluid label Harris Read, an upcycled look that featured 10 different dresses sourced from Oxfam.

The power of clothes is obvious and the conversation around the responsibilities has advanced “from sustaining to regenerating” and making a positive contribution, explains Charlotte. The importance of evolving the consumer mindset is essential to how we see clothing as a keepsake item, as opposed to throwaway replaceable item. Part of the success of last night’s red-carpet, which was reminiscent of Eco-Age’s Green Carpet Challenge initiative, is the promotion of re-wearing and busting the myth around the to buy and consume ‘newness’. Charlotte explained to students how “we need to think about whether we need something rather than want something. Do a clothes swap, sell it, don’t just think about giving it to a charity shop, be mindful”. The distinct advantage of this shift is the shopping habits of Gen Z who prefer to shop second hand. Depop, the peer-to-peer social e-commerce platform, revealed in a report supported by consultancy Bain & Company that 90% of their active users were under the age of 25, they forecast that Gen Z will make up 40% of the luxury fashion market by 2035. This spans the crucial 10 year window, which the Duke of Cambridge referred to at last night’s awards, when we considered the long-term impact humans will have on the planet.

With Gen Z driving the shopping trends, attitudes are beginning to change. Could this truly be the moment that fast fashion is put on pause? Time will tell, but one thing is for certain: the younger generation has a vision and it’s spreading.