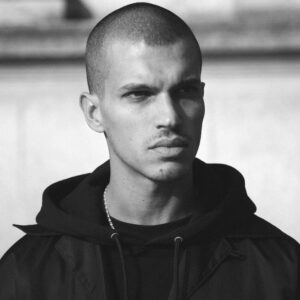 The Brazilian-born content creator, who grew up in France, shed light on his day-to-day and his exciting career creating content for brands such as Miu Miu, Prada, and Louis Vuitton.

There isn’t one clear path to become a content creator, and Fred’s was definitely unorthodox. His initial goal was to study Mechanical Engineering, but his creative passion spoke louder. After getting his first camera at 16 he was hooked, and he gave up Engineering and came to England to study for a BSc in Media Production at De Montford University in Leicester which led him to his career in photography and moving image.

With his career gaining momentum, Fred now creates content for some of the fashion industry’s biggest brands, including Miu Miu, being invited to create videos for social media platforms that target the younger generation. Extending the brand’s campaigns, Fred translates the campaigns for Gen Z.

An outpost for modern femininity: introducing #MiuSpirit bag from the #MiuMiuMaritime collection. Video by @fredstauffer

There are ups and downs to every career, and Fred shared that one of the downsides while creating content is that you have to share time slots with the campaign being shot, so you have to be ready and rolling when the models are available. But, he has a great passion for his work, and does the whole process himself, as he loves every step. And so, he unveiled the process of his work…

After receiving the brief, Fred starts conceptualising ideas and writing them all down, then he moves on to drawing the concepts into a storyboard.

Then, he tests it with samples and makes recording himself acting out the idea. Once this is approved by the brand, it’s time to film!

Lastly comes editing, and that is the “really exciting” part, as Fred said, being the first one to see the results. He then sends it to the client for the final touches and moves on to the next job.

And the final project? Unbelievable.

Below, a specially created video by Fred Stauffer to demonstrate to the Condé Nast College students how to make a short-form video with a few simple props and bags of ideas.

There is growth on social media that comes with shorter attention spans. All of Fred’s work sparks some curiosity and intrigues the viewer to “what is next” as he explained, using the “out of the ordinary” element.

With social media shifting to short-form videos, Fred’s innovative videos are getting more attention from Gen Z, and Stauffer sees that with the reactions of how well his content is being received on platforms such as Instagram.

Fred inspired the audience with great advice, “Be flexible, to learn how to adapt.” Adding to not be afraid of the new and to always communicate clearly, with passion and excitement for your work.

“This is unique to your vision, do it with your heart,” Fred said. Thus, moving across the world he said this adaptability transmitted to his work. And this is part of his success, knowing how to adjust and think on his feet.

We were thrilled to have Fred Stauffer speak so openly about his work and bring examples of what it is like behind the scenes of the life of a digital content creator. He was very inspiring and exciting, and we learned that it takes way more preparation than expected for a short-form video that goes on social media.