Vivienne Westwood Shares her Stories in a New Documentary 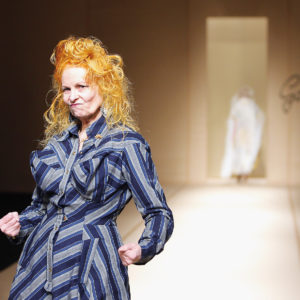 Her career kick-started when she designed the clothing for Sex Pistols alongside her second husband, Malcolm McLahan. “We invented punk,” Westwood said and explains how punk was rooted in going against the system and the older generations. However, as soon as she discovered the power that she had with her style – from the spiked hair to the distressed clothes that were quickly copied by other young punks – she realised that “we were not attacking the system but marketing the subculture.”

Westwood explains how she has always grown up with the desire to fight for other people and how that has translated into her involvement of activism through punk, and now the environment. Sustainability has been the focus point of the brand for the last decade and with great success.

Today she designs alongside her husband, Andreas Kronthaler, who says, “there is Vivienne the designer, Vivienne the campaigner and then Vivienne the person, who I fell in love with.” Both of them have to navigate the growing company, but her son, Joseph Corré explains that the brand has come to a point where it “has grown but it’s not about world domination, it’s about visibility as a brand.” Westwood’s rebellious side shows as she during a presentation in the documentary told buyers “I don’t know where you’re from, but I don’t want your money.” 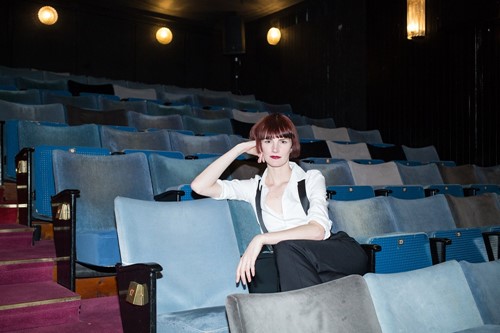 Vivienne Westwood expressed in a tweet that she is not exactly endorsing the documentary. This comes as no surprise for the director, Lorna Tucker, who told Vanity Fair that the designer was “constantly trying to direct” the documentary throughout the process. But Tucker wanted to make a film that showed a complex, challenging life over time, about a woman who had often been cast out by the larger fashion world and had fought to make her mark.

During the Q&A at CPH:DOX she explains how she followed Vivienne Westwood around for four years and wanted to specifically focus on the vulnerable side of the fashion icon. “When the cameras were off, I saw this really delicate side of her and that’s the side that really inspires me because we all feel like that,” she says, “I wanted people to see this woman that is someone you can relate to. She’s at the top of her game and one of the most inspirational women, but if she still has those moments where she wants to give up and wants to run away, then I think we’re okay.”