There’s no place like home – Cocooning, home-comforts and anti-globalisation 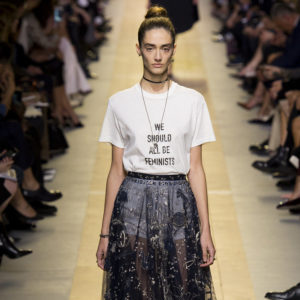 Cocooning is in – a preference to stay indoors away from the danger of external threats, and a term first coined by author and Futurist, Faith Popcorn in 1981, has captured the imagination of the millennial generation.

In a world of political turbulence motivated by anti-globalisation (an opposition to increased complex relationships of global powers and multi-national corporations), a virtual domestic reality provides solace to millennial man, clinging to the crutches of home comforts and the escapism of a great Netflix series. A ComScore survey has revealed 56% of Netflix subscribers are millennials, while Statista showed 73% of millennials prefer to shop online. Staying at home has become a lifestyle, not just a personal preference – a trend emulated in retail environments with the growth of lifestyle stores. It has never been more pressing to capture that perfect Instagrammable home-shot, fluffy socks, a crackling fire, the warm beverage of your choosing in hand – all perfectly poised on the edge of the suede sofa with a cacophony of soft furnishings.

The world is becoming increasingly smaller with growing technological interconnectedness drawing nations together in an unprecedented way, forming a new borderless world. Tensions build, with conflict becoming part of the new norm as countries fight to secure their future and individual identities. A trigger point has been reached, played out publicly by the backing of Brexit, Trump’s fight for a wall separating US/Mexican borders and Chinese tariffs on international trade.

By contrast fashion provides a constant, crossing socio-economic boundaries. Fashion revolves around a calendar of events dependent on unity and craftsmanship of different nationalities working together, providing a welcome departure from the move towards isolationism. In a time of division and disillusionment, fashion can draw people together. Far from an industry isolated within its own bubble, it cultivates and shapes the world – providing the missing link between cause, agenda and engagement. A YouGov poll revealed that 70% of the UK public believe the biggest issue facing the UK is Brexit and with trust in politicians at a low and party/electorate divisions clear, fashion is an external influence which can bring not only a nation, but the world together.

Historically, fashion has been a method to reach a new audience, addressing and making a political statement. McQueen’s A/W 1995 ‘Highland Rape’ collection saw models stumble, bruised disorientated in ripped clothing down the catwalk, addressing resistance against British ancestry. A slogan political tee dominated SS17 New York fashion week runways, with Dior ‘We should all be feminists’ immortalised on the internet and plastered across social media. Away from the catwalk, feminist protest group Pussy Riot stole media attention in Russia, inspiring subsequent Missoni catwalk collections and exemplifying the morphing of fashion and political spheres to highlight an issue. Taking the initiative and projecting across multi-platforms, reaching wider audiences, starts a conversation and challenges public perception.

Tomorrow is uncertain politically with no clear image of the future, but one thing is certain – the need for affirmative and decisive forward direction. Anti-globalisation has caused a snow-ball of changes, shifting the political make-up and dynamic of international relationships; as has cocooning with millennials preferring to live a virtual home reality. Fashion has the ability to connect before a generation of self-sphered people, disconnected from the outer world, emerge and isolationism becomes the new norm.

Find out more about our BA Fashion Communication course