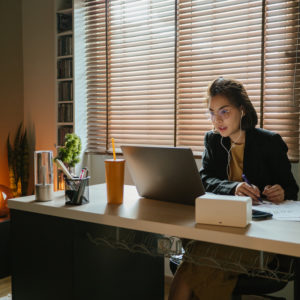 Director of Postgraduate and Professional Programmes, Johannes Reponen is a scholar, critic and consultant who specialises in communication, media and writing. Sitting as the course leader for Masters programmes including MA Fashion Media Strategy, MA Fashion Journalism and MA Creative Direction, Johannes is currently completing his doctoral research degree in fashion media. Exploring the future of fashion journalism and the resulting impact of the pandemic, he discusses the changing media landscape and the innovations of a post-pandemic era.

How the pandemic impacted the fashion industry

Lockdown was not good for fashion and there’s no reason to suppose the repeat to which we appear to be heading inexorably will be any better.  If you’re stuck at home with nobody to impress there’s not a lot of incentive to dress up.  Certainly, there have been people on social media making a show of looking good to maintain a veneer of good cheer (although enthusiasm for such “keep your chin up” levity appears to have waned) and for some the crisis has acted as a well spring for creativity in creating content.  The magazines have struggled bravely to make a feature of this, for example in British Vogue, Let KiKi Layne’s Virtual Press Tour Give You A New Zest For Zoom Styling tells how the actress turned to her stylists for inspiration for what to wear in interviews promoting her latest blockbuster movie.  But what then does the future hold for fashion journalism in a post-coronavirus world?

Fashion PR companies are necessarily dormant as long-planned shoots cannot take place in the normal way.  It has been fascinating to see with what the magazine sector has filled its pages as its last pieces of new content (most work three or four months in advance) have been used up.  The crisis has already led to the fashion media reclaiming the role of expert.  This is no easy feat at a time when there are already at least a hundred YouTube videos available explaining “How to” do just about anything of which a human is capable.

However, there are signs that sector expertise still adds value.  People are looking for advice on the most mundane things like how to cook the simplest dishes.  Interest has been reawakened in jigsaw puzzles, bread making and stamp collecting, all of which have seen their markets go through the roof as so many people have so much time on their hands but are wary about spending their money.  So too for fashion media. Content created is content consumed. It gives hope for a better, albeit changed, future. There’s something very forties about this return to the even older concept of self-help or make do and mend which filled a huge proportion of the pages of fashion magazines at the time.  Where the focus was so recently on trends, now it is on these kinds of practical advice.  With this change comes the opportunity to be seen once more as a fount of wisdom rather than a disseminator of other people’s (designers’) ideas.  Reflection is part of the job in the time of Corona.

Condé Nast’s Bon Appétit YouTube channel has been a particular beneficiary of this trend.  Over the last two years subscriptions have grown from 34,000 to more than 1 million.  In the same period, the number of monthly unique viewers for the videos on its website grew by nearly 2.5 million. Today the channel has almost six million subscribers and videos for making posh pork chops or gorgeous garlic ginger paste (hardly a staple) have been watched millions of times, some at rates of tens of thousands of views per hour.

The future of fashion shows

The route to success in this sober and sensible age will be as far as imaginable from the post-war era.  Publishers will need to be alive to the reach provided by a range of media.  A mix of print and digital, podcasts and videos, will be the only way to produce a 360 degree offering for consumers.  There will be a great need to assess the right mix in the printed, digital and face-to-face environments.

The fashion industry itself is associated by definition with ideas of newness so it’s easy to think of it as cutting edge.  In reality parts of the industry are but parts are not. Take the example of fashion shows.  Four times a year the industry has traditionally trekked all round the world to visit these events which can last about one minute and cost up to a million pounds.  If the fears of global recession are realised, these occasions, already seen as contrary to concepts of sustainability, may also become simply too expensive to continue with.  Shows long-planned for summer and autumn 2020 have either been completely lost or dramatically reconfigured to encompass all the requirements for social distancing and the use of PPE. We may discover that such occasions are not as critical to the industry as we thought and if so the new digital practices emerging by necessity may, like non-returnable genies from an elegant bottle, become the norm.

On the other hand fashion shows enable the sort of tacit exchange of introductions, growth in networks, the reassurance of contact. I confidently predict in the post-Corona world, the more sustainably conscious environment into which we will emerge will see an exciting set of innovations in this area.  The first hint of this came early in lockdown from Gucci as reported in The Guardian where the company declared Fashion week “is over.”  Creative Director, Alessandro Michele, says the number of annual shows will be cut from five to two and crucially, they will no longer be associated with particular seasons.  Michele is quoted as saying in relation to the traditional spring/summer, autumn/winter collections, “I think these are stale and underfed words … clothes should have a longer life than that which these words attribute to them.” Gucci will now spotlight these new “seasonless” collections twice a year in what is potentially one of the biggest changes in industry attitudes brought about by the pandemic. 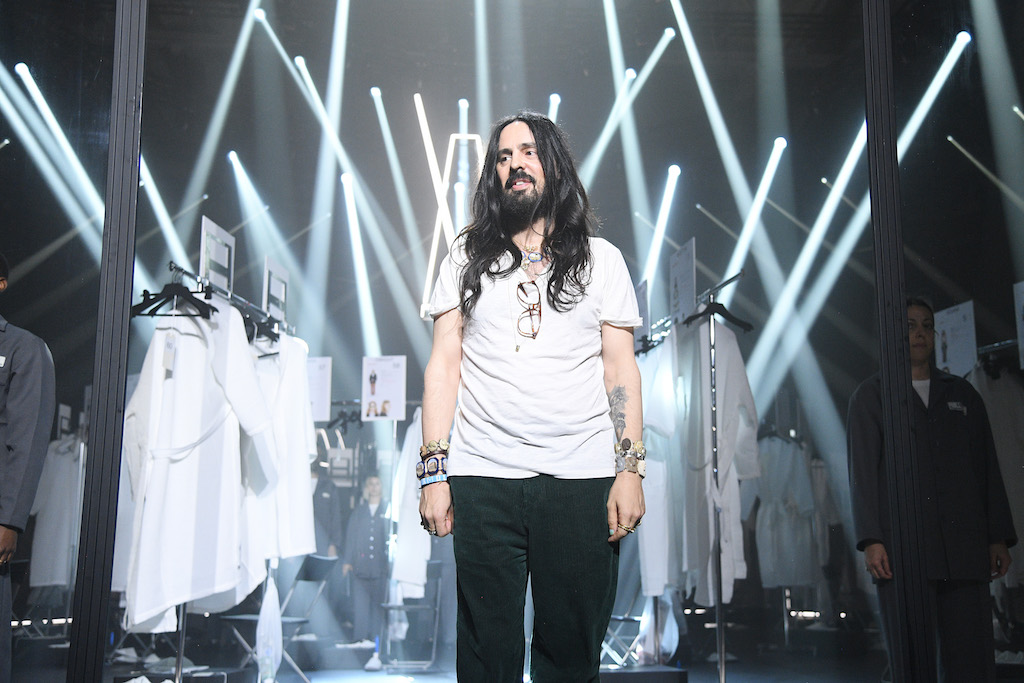 Understanding the needs of future consumers

The great unknown is what will be the prevailing mood of consumers in the long term.  Latest retail figures from the Monthly Business Survey of the Office for National Statistics suggest clothing, textiles and footwear is the hardest hit sector of the retail economy.  Even though we’re now allowed back into shops, sales are down in store by almost sixteen percent compared with February and thirty percent year on year.  Even when online transactions are taken into account there has been a substantial hit to the industry.  Will the passion for thrift prevail or will we want to party like it’s 1920, as was the reaction to the ravages of the First World War and Spanish Flu?  While that era gave birth to the glitz and glamour of the flappers and the talkies, the crash of 2008 saw a return to classics and a preponderance of navy, white and beige.  Judging that public mood will be vital.

The American social reformer Arthur Powell Davies received widespread public support when he railed against Dior’s New Look in 1947.  “They [long skirts] are immoral,” he thundered, “because they waste the material that is desperately needed by the world’s suffering people.”  We may find it hard to believe that such sober reflection could have much impact in 2020, but what fashion house today could withstand the ire of Greta Thunberg or that of an army of celebrity influencers?  Producing collections will be one thing.  Gauging the right way to put them in front of consumers and ensuring they approve will be quite another matter. The drive to do so is what makes fashion so important.