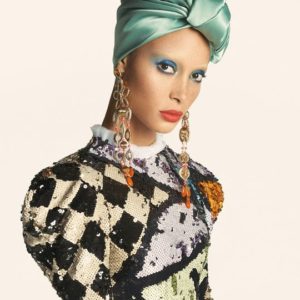 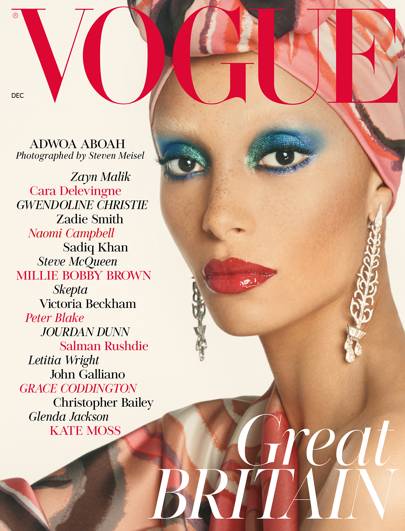 Over 8,000 #NewVogue posts have been shared on Instagram since the cover reveal, and illustrators, such as @blairz and @hattiestewart amongst others, have created their interpretation of the cover, proving its early, yet enormous success.

“Being on this cover is the biggest thing that’s happened in my career,” said Adwoa Adoa to British Vogue. Speaking about how she defines being black and British in 2017 in her interview, Aboah said, “One hundred per cent empowering and fabulous. I love being a mixed-race woman in 2017. I feel part of something big. There’s this understanding that we’re all in it together.”

Enninful has created #NewVogue to celebrate Great Britain. This will be achieved alongside a list of famous names in the industry, as contributing editors, including Pat McGrath, Steve McQueen, Kate Moss and Grace Coddington.

“When I heard I got the job, I thought I would love to create a Vogue that is inclusive, that represents the world today,” said Edward Enninful recently to The Financial Times, “I spoke to many of my friends who live here [in London] and they felt that they weren’t represented somehow in the magazine. They come from all walks of life and I thought it’s very important to me to create a magazine that deals with a range of all sizes, age, gender, religion, modern Britain today. I wanted Vogue to be inviting and not so intimidating.”

Edward Enninful is signing hardcover copies of the December issue this Thursday 16th November at Condé Nast Worldwide News, Vogue House on London’s Hanover Square from 11am to 1pm. Find out more on @britishvogue’s Instagram page.