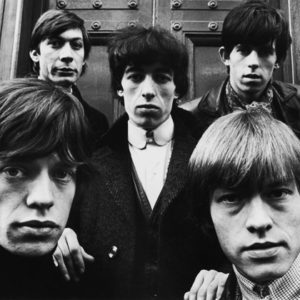 ‘Exhibitionism’ is the first major international Rolling Stones exhibition and it is making its presence known – loud and proud – on London’s famous Kings Road at the Saatchi Gallery. 500 original Rolling Stone artefacts will be on display across two floors and in nine thematic galleries. ‘Exhibitionism’ will be cinematic and interactive providing an immersive experience of the band’s 50 year history, “centre stage is the musical heritage that took them from a London blues band in the early 1960s to inspirational cultural icons.” The Saatchi Gallery has dug deep into the Rolling Stones past: along with the expected show costumes, record artwork and instruments are personal diaries and rare audio visual footage that highlight a lack of censorship that makes this exhibition so remarkable, and so personal. Ronnie Woods in a recent interview described the show as “another insight into an on going machine and an institution that will never stop rumbling.”

From a fashion perspective this is a great chance to see the forever referenced, iconic Stones style up close and personal. Such as the rock and roll vibe seen in the Yves Saint Laurent SS15 sixties inspired ‘Psych Rock’ collection. Leather biker jackets, bohemian crochet blankets and fedora hats all beautifully genderless, the male models and female models could effortlessly audition for The Counterfeit Stones! This is a style Slimane continued in SS16, especially obvious at the Paris show – where heavy music and a psychedelic light show set a rebellious attitude sure to be found in ‘Exhibitionism’. It’s not much of a surprise that Hedi Slimane will be dressing the (real) Rolling Stones for their upcoming 50th anniversary performances.

Moncler have also paid tribute to the Rolling Stones this year by creating a capsule collection of biker style jackets, shirts, and blazers, which feature the band’s signature red tongue logo. The 7-piece range depicts the Stones’ ‘natural progression from the bohemian into the teddy boy’ and will launch exclusively at Browns in time for the exhibition.

Tickets for ‘Exhibitionism’ are on sale now and doors open from 5th of April through to 4th of September.