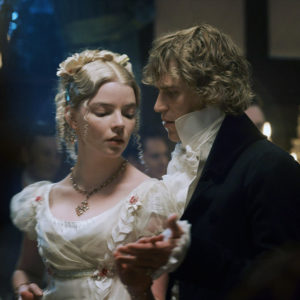 Coronavirus and the subsequent quarantine have spurred an increase of internet activity. We’ve seen singers like John Legend and Chris Martin perform on Instagram Live for their fans, as well as other types of positive outreach from celebs looking to help people adjust to this period of isolation. Businesses have taken to this outreach practice too, like NBCUniversal.

How Hollywood Copes With Coronavirus

NBCUniversal has decided to distribute 11 of their latest films onto digital streaming platforms to leverage their product in an economic downturn as well as help out families whose young children may be growing restless at this time. Films, like Trolls, will be released on streaming platforms the same day that they were scheduled for box-office release. Others, like The Hunt and The Invisible Man, that are already out in theatres have been released on iTunes and Amazon Video since Friday 20th March.

One of the early releases is particularly relevant to CNC students’ fashion focused curriculum:  Autumn de Wilde’s directorial debut, Emma. De Wilde is best known for her work with Rodarte, who she has been collaborating with since 2005, and for her contributions to the music industry; photographing icons, such as Fiona Apple and The White Stripes. She has taken inspiration from other art disciplines, such as classic portraiture, to create a visual feast of an oeuvre. And her adaptation of Jane Austen’s 1815 novel, Emma., is no different.

On The Making Of Emma.

Autumn de Wilde has commented on the different types of visual narratives that take place in the film, which include the hairstyles, costumes and sets – hypothetically, a viewer could pick up and follow a different visual story embedded in the film upon each watch. This is achieved through an unwavering attention to detail, that elevates the visual impact of the film overall and provides different touch points for the audience to analyse the work. For someone with an eye for detail, this highly visual film satiates the desire for idiosyncratic specificities as well as cohesive colour palettes. It’s also likely that the film will inspire the viewer to incorporate bonnets into their wardrobe, in all of their deliciously frilly glory.

Overall, the film provides that break from isolation most of us are craving and de Wilde knows that. In an interview with Variety magazine, the director noted how she has “always really valued escape – things that transport you and take your mind off of something.” She also remarked on how she is delighted that audiences have been given the opportunity to view the movie from the comfort of home. Furthermore, she hopes the film provides people with the same relief as it did her while she was directing it; serving as her creative medicine for “Trump depression.” Whether we receive fringe-benefits from the healing abilities de Wilde found within the film or not, there’s definitely something to learn from her use of transferable skills – from how to retell a story with vigour to the important role that details play within a frame.

CNC Students can check out HIVE for more of the films and TV shows we’re streaming during this time.