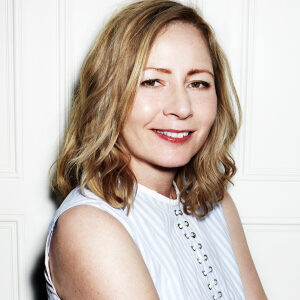 Chief Critic at vogue.com and BFC Ambassador for Emerging Talent

Sarah Mower is the renowned Chief Critic at vogue.com.  She is internationally acclaimed for her forthright and decisive critiques.  Sarah has been the British Fashion Council’s Ambassador for Emerging Talent since 2009 and her prolific support for young British designers has been behind the rise of talents such as Christopher Kane, Erdem, Mary Katrantzo, JW Anderson, Jonathan Saunders, and Simone Rocha. Sarah won British Vogue’s Talent Contest while still at Leeds University, and she began her career at Ms London magazine before being made fashion editor at the Guardian.  Sarah was awarded an MBE in 2011, and she has also published “20 Years: Dolce & Gabbana” and “Stylist: The Interpreters of Fashion.”   Sarah is involved in fashion education, guided by the concern for talent from every background must have the chance to participate in the industry.