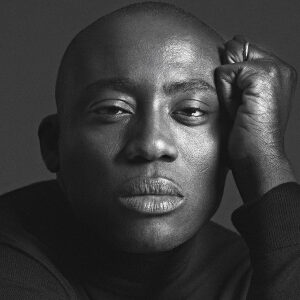 Edward Enninful took over as Editor-in-Chief of British Vogue in August 2017. Prior to that Edward was Creative and Fashion Director of the American magazine W since 2011. His experience as a fashion editor dates back to 1991 when he was named Fashion Director of the avant-garde British title i-D at the age of 19, a position he held for more than 20 years. In the years between 1998 and 2011 he contributed extensively to American Vogue and Italian Vogue. In December 2020, Enninful was promoted to European Editorial Director of Vogue.

Edward was honored with an OBE in 2016 for Services to Diversity in the Fashion industry. In February 2021, Edward received the BSME Editors’ Editor of the Year Award which recognises extraordinary individuals for their dedication and outstanding editorial contribution to magazines.