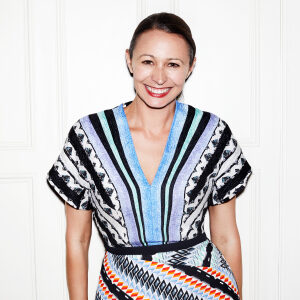 Caroline Rush is the Chief Executive of the British Fashion Council (BFC). Since her appointment as Chief Executive in April 2009, she has focused on strengthening the British Fashion Council’s network and platforms to connect businesses with global audiences, both trade and consumer. London Fashion Week Men’s was launched in 2012 and most recently London Fashion Week merged womenswear and menswear and pivoted to a digital-first event. The Fashion Awards has become the global award ceremony for the fashion industry and raised millions for the BFC Foundation and its charitable projects. In 2020, Rush spearheaded the launch of The Institute of Positive Fashion to address how the industry can more positively impact the environment, people, and communities. Caroline and the BFC launched the first-ever Diversity & Inclusion Steering Committee.