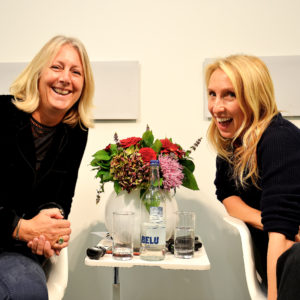 British film-maker Sam Taylor-Johnson visits CNC to give an insight into her career.

Sam Taylor-Johnson has been through and done it all – she is Wonder Woman when it comes to fighting for projects she believes in, evident in the release of ‘Nowhere Boy’ (2009).

She was open about her joy in having people trust her with the work and having creative freedom, for example, in the production of the REM music video ‘ÜBerlin’ (2011), featuring husband Aaron Taylor Johnson.

This video is a particular favourite of mine; it’s so organic and laden with raw emotion and intensity despite only being 4 minutes long. It is so transportive and offers the audience a relatable narrative.

Another video we had the opportunity to watch was a Givenchy perfume advertisement directed by Taylor-Johsnon, also featuring Aaron Taylor-Johnson, which was pure magic. The aspect we really took away from watching her film projects is that she will always leave you wanting more.

We were also shown Sam’s ‘Self-Portrait in a Single Breasted Suit with Hare’ (2001). This photograph encapsulates a significant moment in the artist’s life; her fight against a second encounter with cancer, which resulted in a mastectomy. From having experienced the troughs of life, Sam has risen up and created art that she felt truly reflects her. 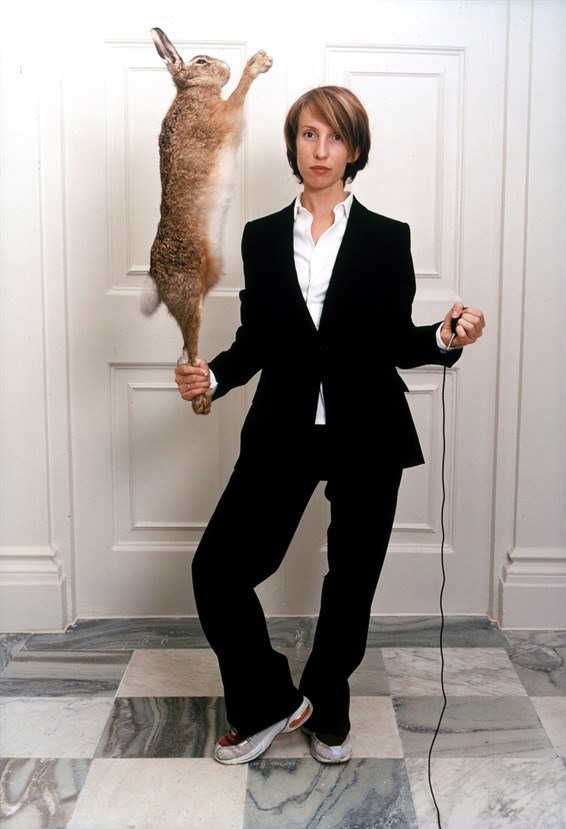 Sam’s photography projects also include the ‘Self Portrait Suspended’ series (2004), as well as her three-year long project capturing stills of famous men including Dustin Hoffman and the late Robin Williams, crying. Behind each image was a story, a process, which was sometimes painstaking for her. For example, for the beautiful, ethereal ‘Suspended’ series, she had to wear a very uncomfortable harness. Furthermore, for her ‘Crying Men’ (2002-2004), many actors were reluctant to partake because they had to grieve for everything they had been through, not as a character, but as themselves.

Sam’s fashion photography has involved her working with Kate Moss, Gwyneth Paltrow, Daniel Craig and Maison Martin Margiela for H&M. It was intriguing to hear about her experience photographing Coco Chanel’s apartment because she said she prefers to work with people, not unoccupied spaces, but added that in actual fact she had a great experience and learned a lot about who Chanel was: a very mystical, religious woman. 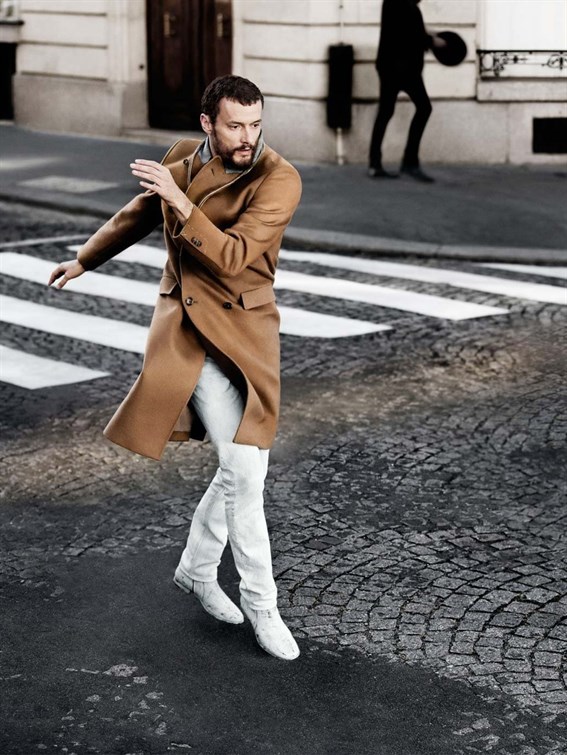 Despite having an incredible working life, knowing pretty much everyone who’s anyone in the creative industry and her amazing belief and resoluteness in the projects she is passionate about, Sam remains a lovely, approachable and kind woman, who has really been through the wars but has had the last laugh by making incredible art in response to these experiences and continues to wake up and dance, with her family surrounding her.

I, like many students, walked away from the talk excited and determined, with the conviction adopted from Sam Taylor Johnson herself, ‘If a door closes, kick it open’. Thank you so much Sam.