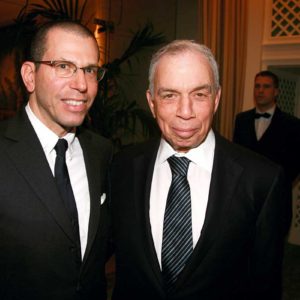 Samuel Irving “Si” Newhouse, chairman emeritus of Condé Nast, passed away last week at the age of 89. He ran Condé Nast for half a century, growing the company from a publishing boutique bearing just a handful of titles into an international powerhouse with a portfolio that now includes 128 publications across 27 markets.

Si Newhouse joined Condé Nast in 1961 after the company had been acquired by his father Samuel Newhouse, and rose to become chairman in 1975. He spent the most formative years of his magazine education at Glamour and Vogue under the mentorship of Alexander Liberman, who later became the company’s Editoral Director.

Being described as “the last of the great visionaries of the magazine business” by Editor-in-Chief of Vanity Fair, Graydon Carter, Si Newhouse was known for his passion and drive, as he would regularly arrive in his office at 4:00am each day to read each magazine issue from cover to cover.

“There is nobody who ever met with him, no matter how early in the morning, when he hadn’t already read all the newspapers, all the trades, and didn’t have three pages of notes,” David O’Brasky, former publisher of Vanity Fair, once recalled.

He has hired some of the biggest talents in the industry, bringing them to the helm of Condé Nast’s most popular publications, including; the legendary fashion editor Diana Vreeland, photographer Richard Avedon, Editor-in-Chief of American Vogue, Anna Wintour and Editor-in-Chief of The New Yorker, David Remnick, among others. 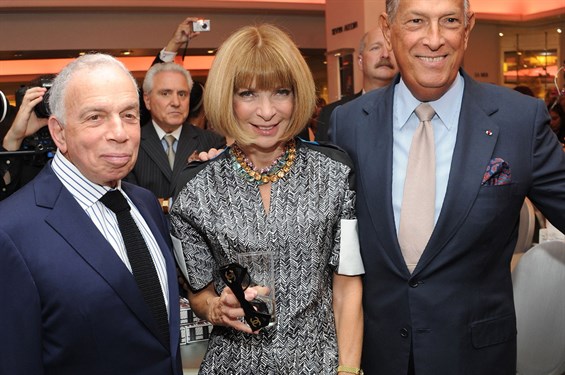 “Si Newhouse was the most extraordinary leader,” said Anna Wintour on Vogue.com, “His personality shaped the entire company.” During his 47 years as chairman, he additionally managed acquisition of titles, such as Architectural Digest and Wired and led the launch of Allure, Self and Teen Vogue.

“One of Si’s favourite words, which he used as the highest praise, was ‘extraordinary.’ It is a word which describes what he achieved and who he himself was,” said the Newhouse family in a statement, “For Condé Nast, perhaps the best way to honour Si’s memory is to sustain and advance his vision of excellence in every photograph, video, design and story and to continue to inspire audiences around the world. All of us are thrilled to travel with you on this important journey.”