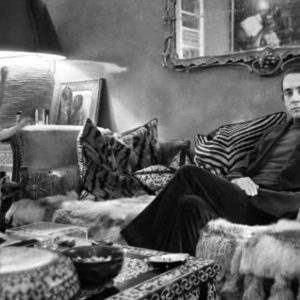 The iconic costume jewellery designer, Kenneth Jay Lane, passed away last week at the age of 85. Over the years he created pieces worn by Audrey Hepburn, Princess Diana and Jackie Kennedy.

The New York-based costume jewellery designer made fake jewellery the most covetable accessory among actors, socialites, and the fashion crowd. “I myself am a fabulous fake,” he once said of his success. He worked on Vogue’s art team in 1954 and later worked for Roger Vivier at Christian Dior before setting up his own brand in 1961, where he was mentored by Diana Vreeland.

Lane changed the landscape of costume jewellery, as he gained attention from Elizabeth Taylor (known for her extravagant tastes in jewellery) and Audrey Hepburn, who wore one of his five-strand pearl necklace designs in Breakfast at Tiffany’s. Fans of his referred to his designs, as “Kennies”. Many of his customers combined his pieces with their fine jewellery, and it was often impossible to tell the difference.

He was honoured with many awards for his designs, including the Harper’s Bazaar International award in 1967 and the Neiman Marcus Fashion Award in 1968.

At the age of 85, he had no plans for slowing down. He was recently reported to have been busy focusing on his e-commerce site, offering affordable tassel earrings, pearl necklaces and cocktail rings.

Lane documented his own life in his memoir, “Faking It,” which debuted in 1996. The documentary about his 50-year career titled, Fabulously Fake: The Real Life, is directed by Gisele Roman and is set to premiere early next year. It will feature interviews with the likes of Diane von Furstenberg, Carolina Herrara, and Tory Burch, who recalls Lane’s life and authority in the industry. “I am truly saddened to lose one of my dear friends,” Burch said. “He was an icon, a true eccentric with a meticulous eye and brilliant sense of humour.”