Pride 2021: Reflections from the Runway and the Influence on Fashion 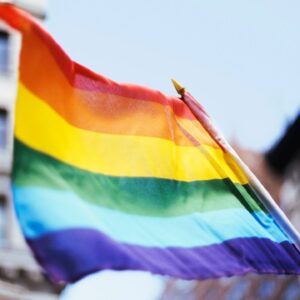 To mark Pride 2021, Condé Nast College presents the reflections from the runway and the influence of the LGBTQIA+ community in the fashion industry, acknowledging the plight and success of those who have come before.

From queer-coded fashion styles to activism in the industry, Fashion and queer culture have enjoyed a rich and enmeshed history with one another. The fashion industry has been propelled and moved forward by numerous LGBTQIA+ identifying people and their allies. Although greater representation and diversity is needed to show the depth of the community. This piece explores 6 queer moments to celebrate this pride month.

The annual MET gala exhibition held on the first Monday of May at the Metropolitan Museum of Art in New York, openly celebrated queer culture with the 2019 theme being ‘Camp: Notes on Fashion’, inspired by Susan Sontag’s 1964 essay. As part of the illustrious guest list drag queen Violet Chachki, an American drag queen who won the seventh series of Ru Paul’s Drag Race, attended as the first known queen to take the infamous red staircase carpet.  Dressed by Moschino Jeremy Scott’s Fall 2018 Pre-fall collection. The same night perhaps the world’s most famous drag queen Ru Paul opted to go as Mr Ru and wore a  boxed shoulder flare  trouser legged two piece suit covered in hot-pink, orange, black and white sequin psychedelic stripes. The look was finished with a plume of 30-inch black ostrich feathers running down the length of the left sleeve, mimicking the mane of a zebra which sat delicately on the shoulder. 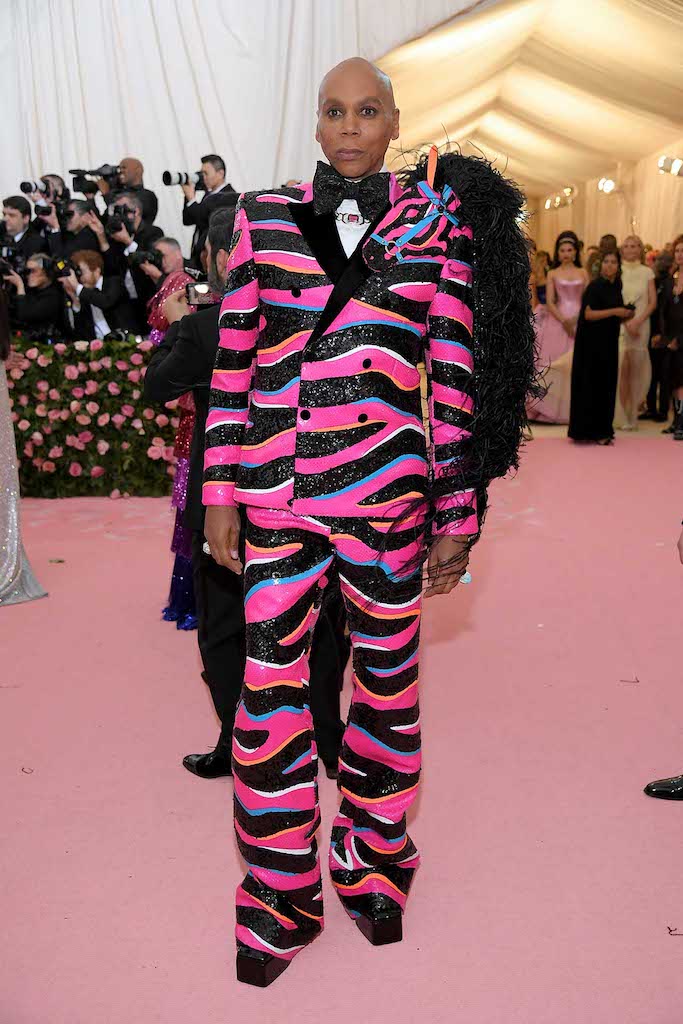 The pioneering editorship of Edward Enninful

Edward Enninful was the first black, queer editor-in-chief in British Vogue’s History, after his appointment into the role in 2017 and now the first ever European Editorial Director. He has received an OBE for his commitment to the fashion industry. Under his editorship, Vogue has championed a greater diversity across gender, race, class and size, not only in aesthetic, but thought. This move saw Laverne Cox being the first ever trans woman to feature on a cover, alongside 15 other women, on the September 2019 Force For Change Issue, co-edited by the Duchess of Sussex.

Edward has been an advocate for the community and has spoken on the subject many times, including as a keynote speaker at the Pride in London gala dinner in 2019. In the wake of the annual London pride, which under ordinary, pre-COVID conditions attracts around a million people to the nation’s capital. He spoke of the new generation of young people who are redefining their own identities and changing society forever.

Inflections of Rainbow Print on the Runway

Christopher Bailey’s final runway collection for Burberry as Creative Director for S/S 18 saw a homage to his own working-class, gay-roots and a mark of optimism and positivity to a new generation of queer creatives.

Not only was the synonymous Burberry check given a rainbow refresh, the brand donated to three charities the Albert Kennedy Trust, The Trevor Project and ILGA. 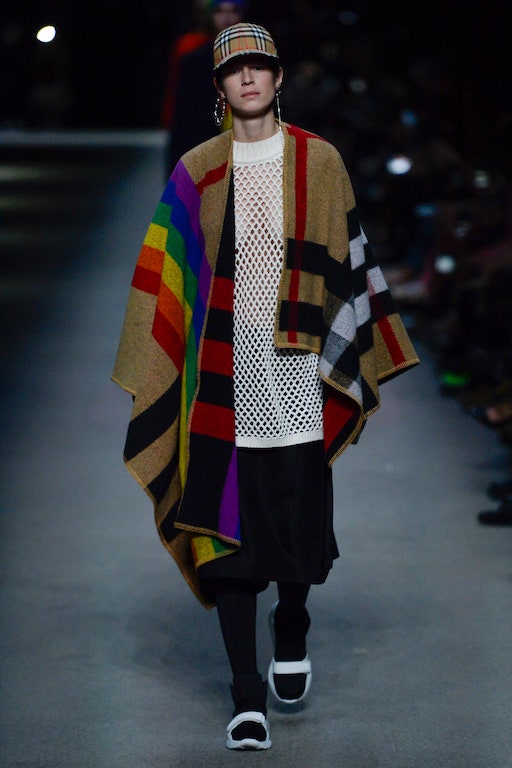 The 2020 Central St. Martins graduate, who has already dressed the likes of Harry Styles, Olly Alexander and Solange Knowles draws on their own personal experience and awareness for the impact clothes can have and their correlation to identity and liberation. They have also looked at the social and political issues of the moment to create a label with a DNA for gender inclusivity and fluidity.

Nearly a year since their graduation, Harris has launched their very own collaboration with M-A-C cosmetics, celebrating gender fluidity and the power of presenting and celebrating your true authentic self to the world. 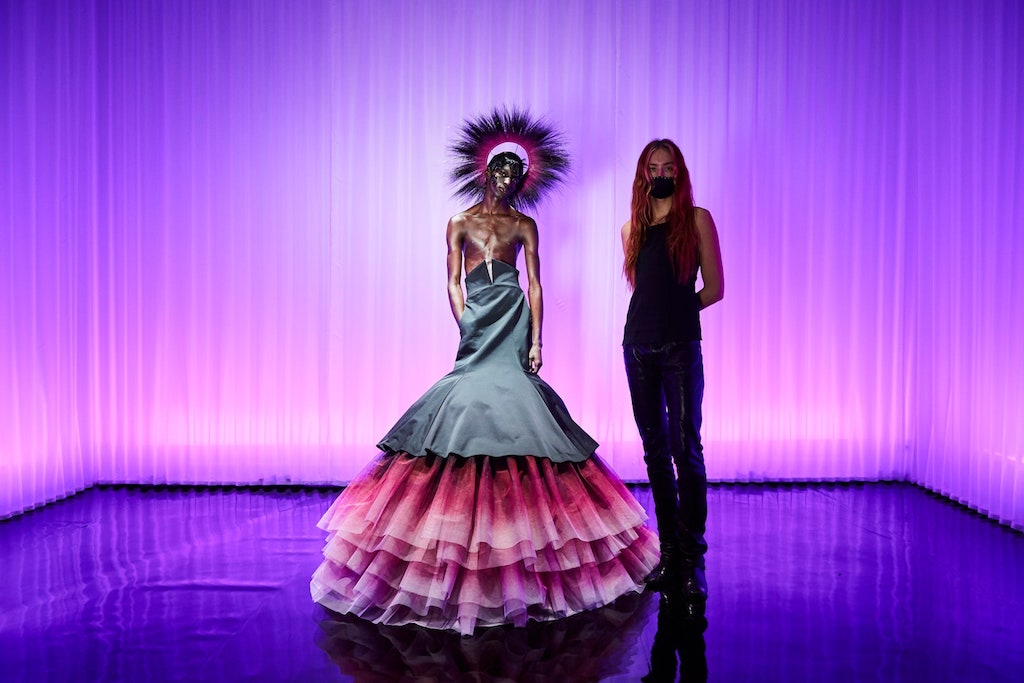 In 2013 Karl Lagerfeld sent two brides hand-in-hand down the runway to close the collection. As a gesture to support gay marriage, a move which was later legalised by the French government. A decision a year ahead of the UK, which legalised gay marriage in 2014. 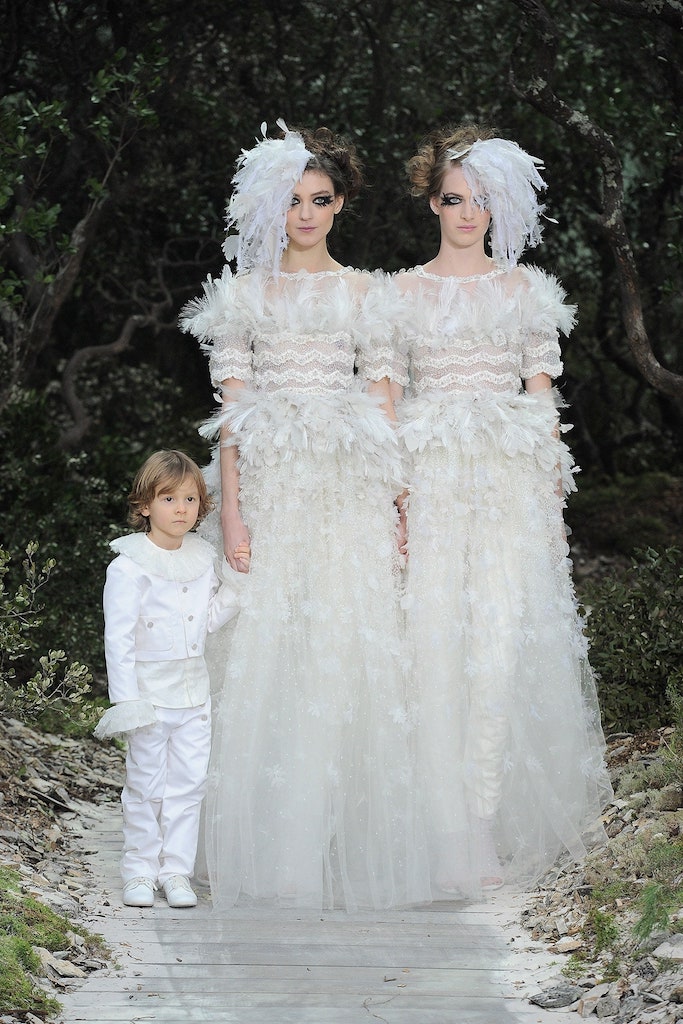 The political power of a t-shirt

Victoria Beckham pride t-shirts, now in their third year with a collaboration with akt lgbtq+ youth homelessness charity based in London, Manchester, Newcastle and Bristol. A situation which has been made increasingly worse by the pandemic, with an estimated 24% of all homeless young people in the UK identifying as LGBT, due to the lack of support from their parents. Showing how fashion has the ability to spotlight, celebrate and raise vital funds to support LGBTQIA+ people year round, not just during pride.