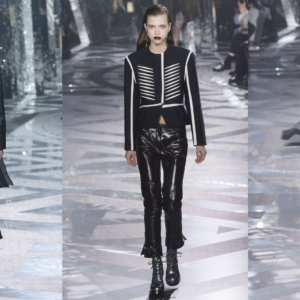 Art and fashion have always gone hand in hand. From Dali’s and Elsa Schiaparelli’s collaboration in the 30s to Pop Art’s influence in the 60s and the most recent Burberry’s collaboration with a young British artist Edward Hall. With the development of the Internet culture and our society being more liberal it is easier to forecast trends and create garments these days, But in the XX Century fashion was just being born and it took a few historical events for people to be given more freedom and choice in their clothes. Designers collaborated with artists in hope to find new styles, cuts, silhouettes, colour schemes; they also drew inspiration from the prominent art movements.

When Pop Art emerged in 1960s, fashion changed too. This colourful, eye-catching art movement gained its popularity due to being different and exciting. One of the first and most well known Pop Art-inspired fashion pieces is the Souper Dress inspired by Andy Warhol’s works. The dress featured a repeated pattern of Campbell soup cans and gained a lot of attention from the media and general public. 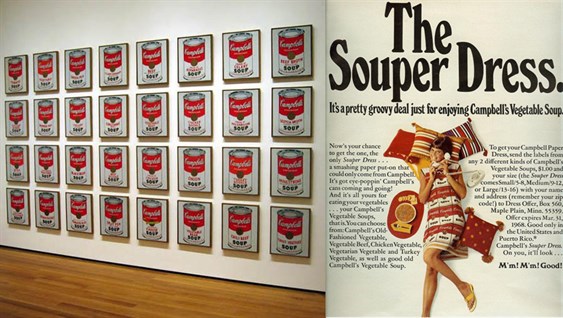 Fast-forward 20 years and we have a new art movement Punk: rebellious, provocative and shocking. Punk 1976-78 exhibition at the British Library sums up and explores the era brilliantly, containing clothes inspired and produced at the time of the movement. Future Sex Pistols manager Malcolm McLaren’s collaboration with Vivienne Westwood on a clothes shop called Sex pushed all the social boundaries of the time. Their ‘deliberately provocative designs confronted the traditional British coyness around sex. The SEX t-shirts became staples of punk fashion, sported by the Pistols themselves and male and female audience members alike’, the exhibition said. 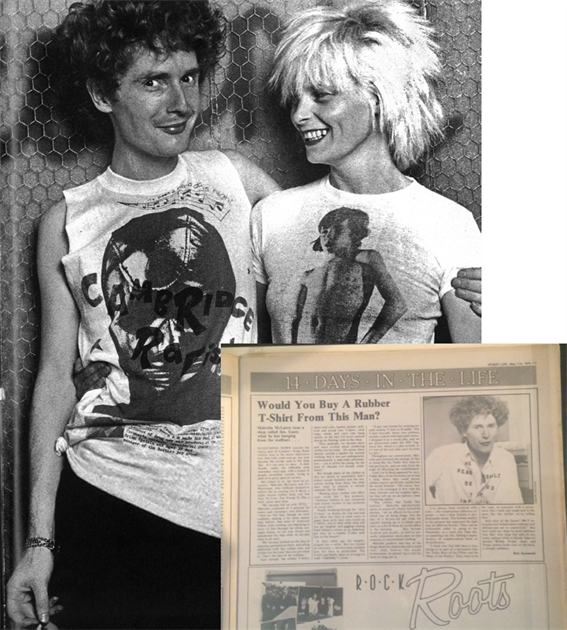 It is 2016 and the punk influence does not seem to be dying out any time soon. In A/W16 collections many notable designers take their inspiration from 1980s and opt for dark make up, smoky eyes, eccentric hairstyles, leather, spikes and big chunky boots. Looking at Louis Vuitton Autumn/Winter 2016 Ready To Wear collection we see runway models sporting black lipstick, leather trousers, skeleton-mimicking blazers and oversized jackets. 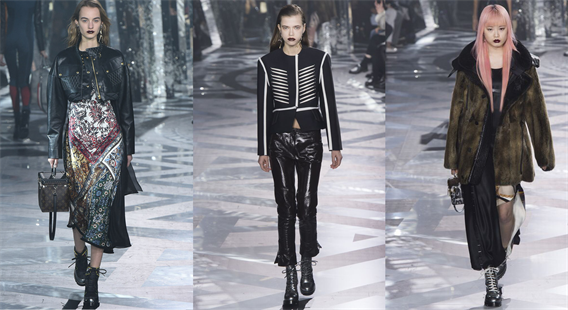