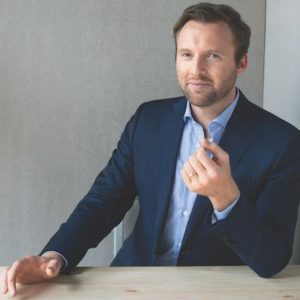 On Wednesday 2nd December, the Vogue Foundation Programme students had the pleasure of hosting the Mike Christensen industry talk, with students representatives Gabriel Summerfield and Sadaf Punjoo chairing the session with the esteemed editor.

Prior to the talk the foundation students were buzzing with excitement in a workshop preparing insightful questions via Zoom. This was an amazing opportunity for the students to ask Mike Christensen, former Editor-in-Chief of GQ Australia and men’s lifestyle consultant questions about his work and gain insight into his career.

The students were not afraid to ask controversial questions about the stigma surrounding who the  “Modern Male” should be and more. These questions included asking about the future definition of what a modern man is, and whether it will change due to the rising inclusivity that we have been seeing over the past few years.

Arina Shcherbina inquired; “due to GQ being one of the main influencers representing the standardised male archetype, do you think that is ever a subject to change as society is striving to be all-inclusive and diverse?” Mike responded; “100% yes.” Mike then went on to describe that in the past GQ has been viewed as an “authority” on men’s lifestyles.

Mike acknowledged that times are changing, and GQ has made  a conscious effort to keep up with the change in male fashion. Mike then showed examples of this shift by showing the September issue of GQ, which demonstrated the importance of inclusivity in the magazine. Mike was candid about the role of an editor, and how he should embody the brand.

This experience for the students at Condé Nast was an inspiring example of how to ignite change in the industry as we are the future editors, designers and entrepreneurs.

During his talk, Christensen mentioned that he knew he wanted to work in magazines from the outset, and this clear aspiration  gave direction towards achieving this goal. He first completed a four-week internship at British Vogue, where he learned vital fashion journalism. Soon after that he was short-listed in the Vogue Talent Contest.

In 2012 Christensen moved to Sydney with his family, mentioning that “it was for career purposes.” He very quickly familiarised himself with the system and was hired to work at GQ Australia as chief sub-editor. During this time, Christensen took up lots of extra writing and other tasks, which gave him the skills and experience necessary to be promoted to Managing Editor a few years later.

Finally, in 2017 Mike was promoted to the Editor-in-Chief of GQ Australia, and the main thing that he mentioned about being in that position is that “being an editor is a responsibility.” and you have to realise that it is a business first and foremost.

Two key inspirational takeaways from Mike Christensen’s industry talk is that once you are appointed to a leading role of a certain brand “you need to embody what the brand stands for.” This is an essential element for a leading role in the creative industry especially, as you become the real-life example of key values, themes and aesthetic of the brand that you are representing. As well as that, the advice to “back your intuition” and that one must rely on their own intuition to make vital decisions.

As a student it was inspiring to see that magazines like GQ are mindful of their impact on mental health. Men’s mental health is a concept that is still taboo to this day. Christensen did not hesitate when responding to questions as he is passionate about bringing change in the societal stigma surrounding men’s mental health and image.

Mike Christensen was a brilliant speaker that inspired us to aim for the very top from the beginning of the career journey. He turned the fairytale of starting with nothing but passion and ending up in one of the most prestigious positions into reality.  I believe Mike inspired many students here today to set the goals higher and persevere to turn their fairytale into reality.

Find out more about the Vogue Foundation Programme