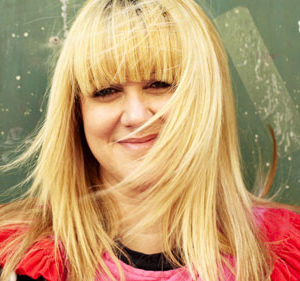 Founder of PR firm Mandi’s Basement, this week, the pioneering Mandi Lennard joined the Condé Nast College virtual lecture room to discuss the future of PR and getting ahead in the industry.

British Vogue calls her ‘one of the most trusted trend barometers in the industry’ and she has a solid industry reputation based upon her unique position at the intersection of emerging culture and fashion and her tireless support of fresh creative talent.

She has been External Assessor for BA and MA Fashion at Central Saint Martins, and is a panellist and chair on SHOWstudio’s live show reviews. She is a contributing editor for Perfect Magazine and for ES Magazine and writes for The Face and V Magazine.

Mandi featured in the Evening Standard’s ‘The Progress 1000: London’s most influential people 2019,’ and she was listed within ‘The Power 25,’ released by the British Fashion Council, which launched the BFC/Vogue Designer Fashion Fund as a key part of its legacy programme to enhance the reputation of London’s rising stars and assist in the development of their businesses.

She has been described as ‘the veritable patron saint of fashionable east London,’ having launched the careers of many designers, including Gareth Pugh, Kim Jones, Nasir Mazhar, and Roksanda Ilincic.

Mandi’s career has been incredibly versatile, filled with moments from being a fashion buyer, fashion assistant, trainee PR to being one of the most influential creatives on the scene. Her upbringing in Leeds has always been nothing short of exciting for her as she was fascinated by the “grit within the subculture”.

“I was petrified of being regarded as ordinary and usual. In my university essays and applications, I wanted to talk about unusual things, topics and politics and I just wanted to stand out from the crowd, as being ordinary will not get you anywhere. “

During her talk, Mandi gave an insightful and honest input into the importance of personal branding and the importance of staying true to your own brand as a creative. Her approach of including subcultures and topics of interest into her work has sparked conversations and discussions into fashion’s connectivity and portrayal of the world around us. Furthermore, Mandi touched on her start in the industry, sharing her beginnings working as an assistant for Benetton and how the brand’s fearless nature and controversial marketing in the 90s was a great source of inspiration, which led her towards joining the brand.

Working your way to the top

In her talk, Mandi Lennard explained the true nature of her career, in which she worked her way slowly to the top. Working as a store assistant for Benetton, Lennard slowly became manager, buyer and later further into the executive positions of Browns. She left an executive position at Benetton, only to start over working her way up at Browns, purely for her love for the experimental nature of the store. Her skills were quickly recognised and she reached top positions there.

Her agility, bravery and experimental nature led her to different positions in Paris and later opening her own office Mandi Lennard Publicity in Shoreditch. “I slept in the office by my desk, survived on a can of coke and a Twix, because I had no money.” Taking this risk soon started paying off, as she started working with more clients and publications, which were interested in working with the small and upcoming designers Lennard was representing.

The industry at present

In the second half of her talk, Mandi touched upon the rapidly ever changing nature of PR  and the way brands interact with their customers in a digital, multidimensional way. Expanding on the fact that print projects have a more “couture feeling” nowadays, because of the way print is becoming exclusive, Lennard also elaborated on the importance of different digital aspects such as cryptocurrency, blockchain and fashion becoming intertwined and allow the industry to interact on levels never explored before and brand interaction reaching new creative heights.

“I believe in less press, but quality press.”

Discover how the pandemic altered the future of fashion week