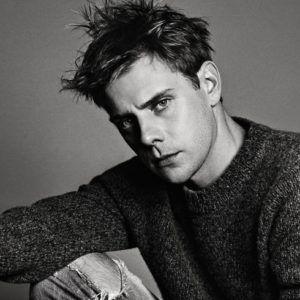 Jonathan Anderson, creative director at his namesake label, J.W Anderson, and of Spanish luxury house, Loewe, sat down with Tim Blanks, Editor-at-large of Business of Fashion at the Victoria and Albert museum in an exclusive interview to talk inspiration and what it takes to become a successful fashion designer.

Born in a small town in Northern Ireland, he believes his upbringing in a small place is why he has such a strong desire for success. He wanted to become an actor, but became “too obsessed with the costumes”. He went on to study menswear at the London College of Fashion and during his time he worked as a window dresser at Prada and started his own label J.W Anderson in 2008.

Even though he started his brand a decade ago, he does not identify himself as a designer. “For me the idea of a designer is someone cutting, sewing, sketching under a lamp, using mannequins and having a muse, and getting a result of maybe 25 looks,” he says, “I look at today and it doesn’t work that way. I have my own brand, I work for Loewe, I do multiple projects a year, so I see myself as a creative director.”

His unique entrepreneurial mentality has led him to grow his brand tremendously over the past years, and at the 2015 British Fashion Awards the brand received a historic double award for Menswear and Womenswear Designer of the Year, the first time any brand has ever won both prestigious awards.

Despite the success and recognition, he explains how the size of his company and audience seems distant “I still feel like I work for a tiny company. The bigger the company becomes the smaller you become inside it. You don’t want to be too aware of is how big it is or could be.” The way in which he expresses his thoughts makes him very modest and human, even when he goes on to explain the relationship he has with his work. 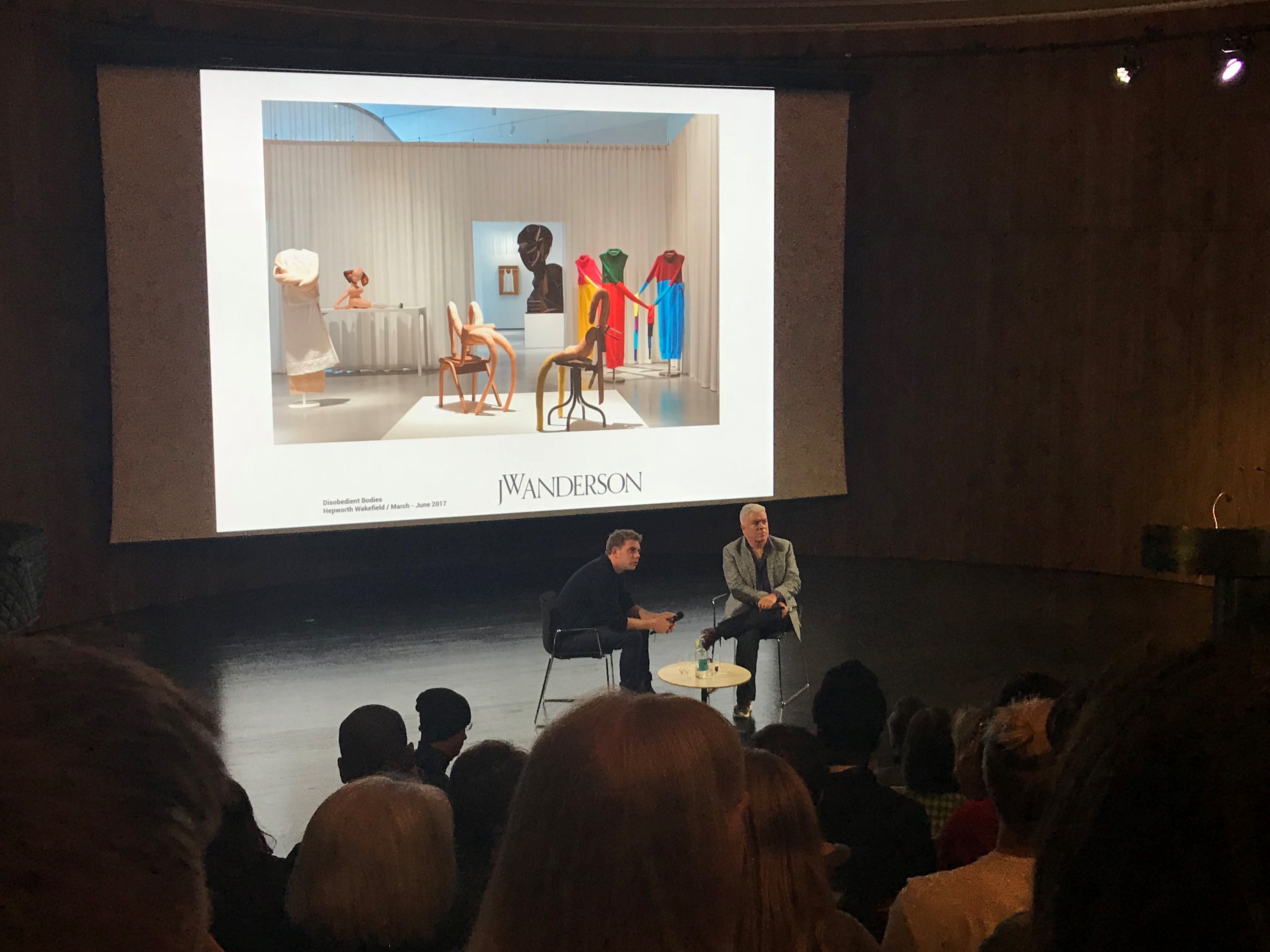 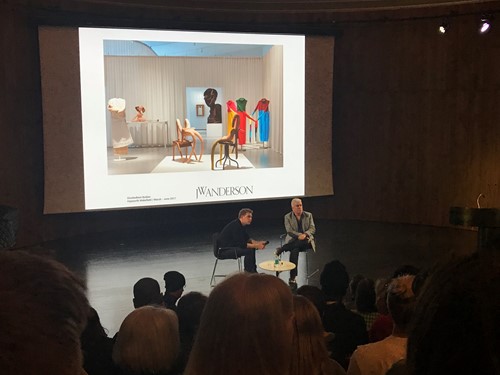 “When I do projects involving furniture and craft, I’m asked at the end of the season if I want it, and I’ll say “Yes, of course, I want it!” and then I’ll put it in the house and it’s a really weird physical tangible. For some reason, I don’t like to have the things I’ve made in my house,” he explains, “Especially with JW Anderson, because my name is in it, so it feels like being in school when you have your name sign.”

Is that why your brand is called ‘JW Anderson’, Tim Blanks asks. “Yes, because it’s slightly further away from myself. But even when I go to awards, and try something on that I’ve designed myself, I’ll put it on and it doesn’t feel right, so I’ll end up in a white t-shirt.”

He points out his own restlessness and explains that “It is because everything is done before it’s done. I hate the process part and I hate getting there because I’ve already visualised it being done. So, you have to have a massive team to make it all happen. And it has to happen really fast.”

He goes on to explain his JW Anderson Workshop store, that consists of collaborations with creatives (artists, sculptures, photographers) and how that has impacted his approach to fashion, “My new philosophy is that there is no such thing as seasons anymore. It should be drops. It could be two or even six drops, depending on the size of the brand, and then throughout the period you would do collaborations, so that gives newness, stories, content and something to talk about,” he says, “The idea of seasons with the idea of the internet doesn’t really work, because no one is going to order cashmere sweaters in Australia right now.”

As for the future of the industry, he gets what his customers want. “There was this time where fashion used to be a leader, and then the iPhone came and that kind of sped everything up and fashion became content providers for this giant system,” he explains, “People talk about the demand and everything going too fast, but for me, it is exciting because that, in a weird way is how I am thinking. The minute you’ve done something you’re over it. As long as you can produce it and you have the right people around you, faster has for me been the natural rhythm of what people want.” Understanding customer mentalities and the shifting trends in the way we shop has been a key element for his business and will continue to be, as he thrives with award-winning designs, season after season.