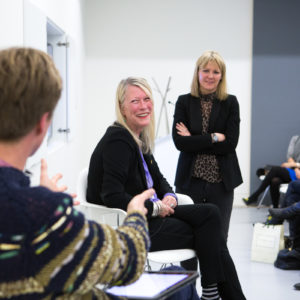 The alluring industry of modelling not only continues to intrigue and seduce, but is often still repudiated for its controversial beauty standards. Carole White has been at the helm of Premier Model Management, founded with her brother Chris since 1981. In one of the most widely known professions where a higher salary favours woman over men, Carole White has booked some of the world’s top supermodels from Naomi Campbell, Cindy Crawford to Christy Turlington, Claudia Schiffer and Linda Evangelista.

The London based agency has played a key role in discovering, nurturing and building its family of models’ international careers. Their next generation roster includes the international Malaika Firth whose beauty is a mixture of British, Swiss and Kenyan with hints of Ugandan and Seychellois. Sasha Luss is the Russian stud whose Instagram captions are not only oddly quirky but epitomise the simplicity of the Moscow native’s class. Other in demand faces includes Lara Mullen and Angel Rutledge. As a candid campaigner for more diversity in fashion, Carole voiced ‘I don’t think diversity has got much better over the years’. She quite simply encapsulated the issue that ‘You can get a white girl going in maybe a month, two months, a black girl it can take six to twelve.’ Despite progress being made many models’ voices are not heard. Whether this is down to the fact that they don’t have a large enough Instagram following or possibly because of a lack of exposure – a result of having to compromise on certain factors due to an under prepared environment or unfamiliarity.

On the other hand the social media explosion has opened up new avenues and opportunities for aspiring models creating a level playing field where the model is in control. To be a working model in the current fast-paced fashion business it is not necessarily down to one’s natural and raw beauty, although that is still a main factor. Insta-currency is the new means of trade.

The late 90s supermodels beautifully revolutionised the notion of ‘a model as a silent movie actress’ and today models have taken it one step further – publicising every aspect of their personal life, from their daily smoothie (#spinach or #kale) to who they’re dating and of course the latest brand they’re endorsing. Now we’re in a social media era, ‘followers have become a currency’, although Carole still stated that the most important feature for a successful modelling career is personality – ‘If you’re a drip, it wont work’.

A picture can be worth a thousand followers, but now, more then ever, a model who can walk the walk and talk the talk with the same finesse and class of those who strutted and dominated before them – a model like that is invaluable.