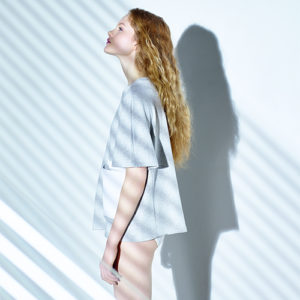 Japanese designer Kenta Matsushige is the latest addition to a parade of collaborations in Petit Bateau’s history. The Paris-based designer, who previously worked for Gianfranco Scotti, Anne Valérie Hash, Givenchy and Dior haute couture was the winner of the Grand Prix du Juryat last year’s Hyères Festival and was asked to reinvent some of the label’siconic classics.

During his time at the prestigious fashion schools of ESMOD in Osaka and the Ecole de la Chambre Syndicale de la Couture Parisienne, Matsushige developed a predilection for mixing the elegant with the contemporary. In this collaboration with Petit Bateau, Matsushige’s two worlds meet again: Breton stripes in architectural kimono-inspired silhouettes. 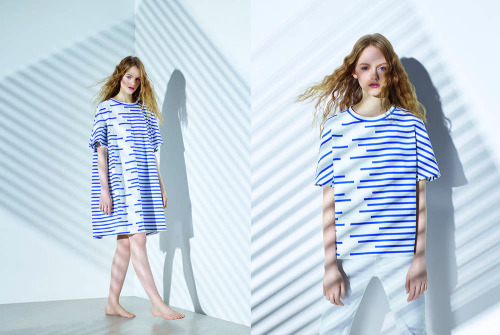 Petit Bateau started working with Hyères Festival in 2013 as part of an ongoing mission to discover new talent. Each year’s winner is given the opportunity to launch an international career by creating a mini-collection for the brand that is available in Petit Bateau stores all over the world. Kenta Matsushige’s work for Petit Bateau will arrive in stores in April 2015. 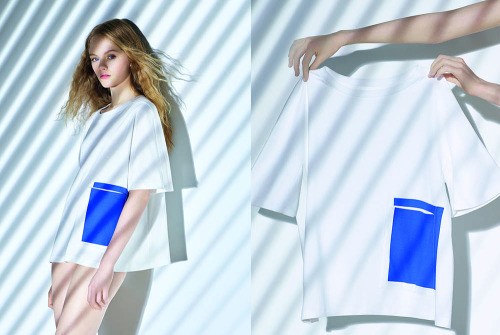 The next young creative to work with the brand will be decided at the end of April, when the 30th edition of the Hyères Festival International de mode et de la photographie begins.