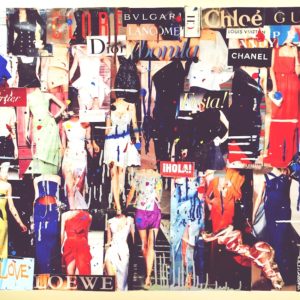 Commencing a Masters in Fashion Communication, student Bobbi Den Bakker takes a look at the positive changes to the fashion industry and the need for internal reflection that has been brought about by the pandemic.

Over the past year, people have been forced inside, left to isolate and be alone with themselves and their thoughts. Although this was a daunting reality, perhaps it has allowed for some much-needed reflection. For the past two decades, the fashion industry has seen many changes, not limited to the global expansion into fast-growing geographies, the unprecedented rise of fast fashion, and the growing number of seasons per year. It seems that the industry was caught up in a whirlwind of its own creation, with no time or motive to stop and think about its modus operandi. After months of economic uncertainty, rising cases and deaths, figureheads in the industry were questioning their role in society amidst such a terrible crisis. 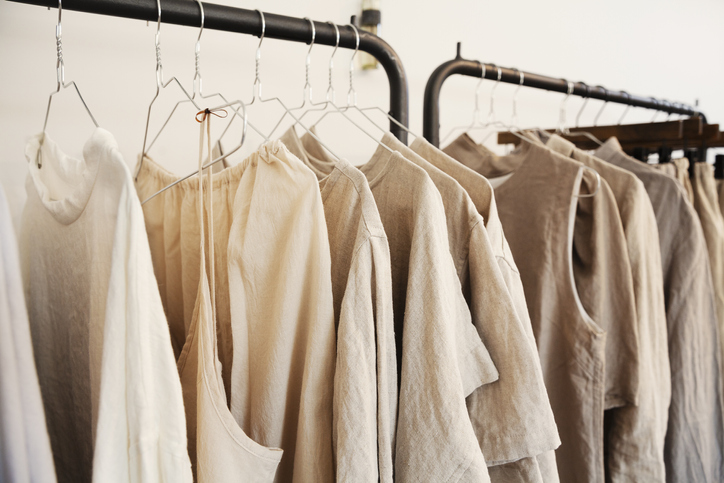 Slowing Down the Supply

As countries went into strict lockdowns, retail across all industries took a dive. The high-street became inaccessible to consumers and stores were closed for months on end. For fashion houses, this has left an overwhelming oversupply of a collection which in a few months would be deemed obsolete. With nowhere to go with the Spring/Summer collection and the Fall/Winter season already on its way, the true efficiency of fashion’s supply chain and collection schedule was questioned. Not only did the system prevent flexibility and shorter lead times, which has led to fast fashion’s huge success, but results in an unbearable impact on the environment.

In response, Dries Van Noten led 64 heavyweight designers in an appeal for the industry to reduce the number of collections per year, returning to a  logical approach of summer collections in summer and winter collections in winter. Although this does not solve the fact that the fashion industry is one of the biggest polluters and waste producers, this decreased production may allow for a more measured approach moving forward.

How the pandemic sped up the digital evolution

Along with the rest of the world, designers and creative teams are forced into the digital age. For the past two decades, fashion shows have been relatively formulaic and predictable. The September RTW season presented a huge challenge or opportunity (depending on your outlook) for creativity. While some opted for a more traditional runway show, with live streams from Prada and Hermes, others presented their creative vision through short films such as John Galliano for Margiela and Jonathan Anderson sending his via a ‘Show in a Box.‘ This unique resourcefulness may not have come to fruition without this incentive, and once again, fashion blossomed in the face of adversity. After so many years of routine, this change is welcomed.

Moving forward in 2021 and life after the pandemic

In the light of a new year and a vaccine, hope seems to be on the horizon. But it is important to not forget the lessons learned in the darkest times of this pandemic. For the fashion industry, going back to normal is not something that should be acceptable. Rather, growing from such an experience is what will allow fashion to remain relevant in the coming years.

Future of Fashion: What’s Your Perfect Version of the Fashion Industry?

Phygital Fashion: Is this the Future for Fashion Shows?