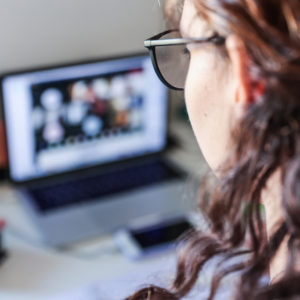 Could it be that this tumultuous turn of events may well have saved the art of conversation? MA Fashion Journalism student, Saydee Brown takes a look at how the pandemic has affected the ways in which we communicate…

It has nearly been a year since the UK went into a national lockdown. The 23rd March 2020 a date ingrained into our memory. During this initial lockdown, until around May 2020, I was still completing my undergraduate degree. My week was fairly structured with seminars and lectures via Microsoft Teams, a platform that I, nor many of the students at my previous University had ever engaged with before.  I never would have thought that nearly a year later mandatory isolation would still be taking place, nor did I think that the rules imposed on us to stop the spread of the Coronavirus would be the saviour of conversation amongst not only millennials but across generations. 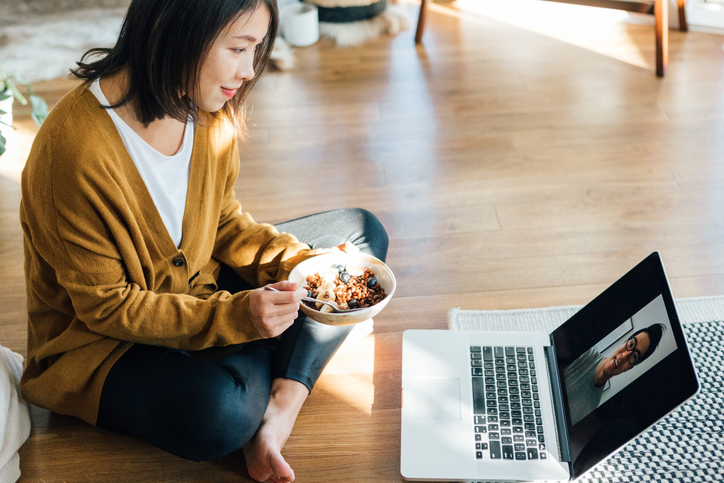 Is there such a thing as Phone Anxiety?

Phone anxiety, also known as telephobia, is the fear of making or receiving phone calls. Cari Romm (2020), former assistant editor at The Atlantic stated in New York Magazine that for some people, speaking on the phone is a “herculean effort” (Romm, 2020). A survey by Bank My Cell, accumulating 1,200 respondents, suggests that although millennials’ lives revolve around their mobile phones, a staggering 75% avoid phone calls, while 81% feel anxious before plucking up the courage to speak. (Tuner, 2021). This is further reinforced by an article in Forbes stating that millennials find phone calls “invasive” (Wiest, 2019). How can this be true for the same generation that engages with so frequently online?

Demands for the spoken word…

Since the beginning of the pandemic, the importance of a verbal conversation is more paramount than ever before. The improved awareness on mental health and the detrimental impact that social isolation has on individuals across all age groups is a widely discussed topic across the globe. This subsequently has increased individual awareness on issues of inclusion, equity, and diversity. Emily Kasriel, a journalist for the BBC wrote that talking is beneficial for our wellbeing. Furthermore, the restrictions imposed upon us has made us more accepting of engaging with strangers whilst on our daily walks, as for some, a “hello!” or a simple nod of the head may be their only communication and just enough contact to make it through the day. Olly Alexander, musician, and actor said in an interview on Lorraine that over the past year he has “made connections that [he] didn’t have before” with both his neighbours and his local community alike.

Today, we no longer have the luxury of social interaction at our fingertips. Instead, we are having to be proactive in securing daily conversations. The simple notion of a dialogue is now considered a privilege. Who could ever have predicted that 2020 would be the year that we realised conversing through social media is incomparable to a live conversation? This realisation has resonated with not only millennials but has also shifted the way we operate in the workplace. A survey led by YouGov and Microsoft in 2019 questioned employees as to their preferred way to communicate with colleagues on a daily basis. The results showed that 69% did so by email and only 55% had a verbal conversation (Miller, 2020). Clinical psychologist, Ami Rokach states that due to us having more conversations in real time has made us “feel more connected to the person we are speaking to”.

What do other students think?

Speaking to other students at Condé Nast College only emphasises my belief further that conversations have significantly improved during this time and how beneficial it can be for all generations. Buse, an MA Fashion Styling student said:

“People have come to the realisation that human contact and the voice of your loved ones and even the voice of just anyone is so valuable in staying sane and in touch with your own human emotions. Being stuck at home alone has led to millions of people getting depressed and feeling lonely and subsequently realised the importance of conversing in order to just relax and let some steam out. The pandemic taught us the significance of human conversation in a highly digitally and technologically charged world”.

Alexa, another student studying MA Creative Direction with Condé Nast College spoke to me about how the pandemic has encouraged her to reach out to people on a far more regular basis than she normally would have. She went on to tell me that the awareness around mental health has become less of a taboo topic and appreciated the enormous positive impact a conversation has during these difficult and unprecedented times. She also went on to say that her family is dispersed across the world, so having time at home and regular conversations on Zoom has enabled them to be closer than ever before.

In short, despite all the turmoil that the pandemic has brought, it has taught us many valuable lessons. Starting with the simple notion of washing our hands more, wearing a mask in public, and to social distance. It has encouraged us to form relationships and has strengthened communities. Most importantly, it has illustrated that the art of conversation is far from dead.

Find out more about our online short courses