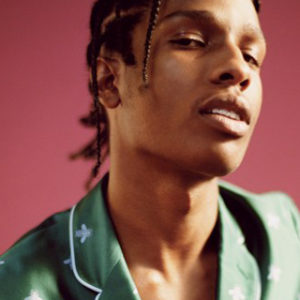 Hip-Hop culture is a fascinating thing, but it is often repudiated for its questionable lyrics, its explicit videos, and its prolific promotion of drugs, sex and “getting paper”. However, over the last few years, things have begun to change and our perception of Hip-Hop is no longer based on what is being said, rather, it is moving towards an interest in the people who are saying it.

This month’s Vogue features an interview with A$AP Rocky, a rapper from New York, whose views on art and fashion were not only surprisingly inspiring, but enlightening to the culture behind Hip-Hop. Of course, the stereotypes still shone through – the occasional ‘smoke’ breaks which eventually cut the interview short, or the many girls that frequent his numerous after parties – But for the most part, the article revealed an appreciation of culture and life away from the music, and showed how an artist can be so much more than the profanities they articulate through the mic.

Jay Z and Kanye West are perhaps the most famous examples of this generation of rappers who, like A$AP Rocky, have an appreciation of the culture and history around them. Their lyrics not only expose us to a creativity founded on a desire to be more, but, dare I say it, we are given an education through an alternative perspective that breaks away from tradition. It shows us a new way of access to a culture of art that before now, only the highly educated were deemed to have a grasp of. It seems that culture can be grasped from any platform, more questionably through Hip-Hop, granted, but it is the desire to be more and understand more that is the focus of this genre, despite the negative connotations that surround it.

Art and fashion are among the most referenced subjects in Hip-Hop, from Kanye West’s collaboration with Takashi Murakami for his third album Graduation, to a whole song dedicated to Pablo Picasso on Jay Z’s Magna Carta Holy Grail. Art and Hip-Hop, like art and fashion, intertwine in a way that is causing an interest in artists who are pursuing so much more than a vocabulary based on half naked models and nice cars. This interest from both parties in something other than their original field is creating something inspiring. The worlds of fashion, music and art are beginning to merge, with artists like Rihanna and Pharrell creating collections for the likes of Puma and Moncler, and A$AP Rocky modelling alongside Cara Delevigne and Jourdan Dunn for DKNY’s spring 2014 campaign.

In the Vogue interview, A$AP Rocky says that he is “here to inspire and be inspired”, and in a creative world, I think it’s safe to say that all artists, no matter their field, work towards this very goal.