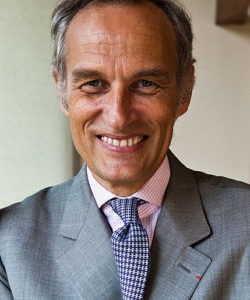 The Condé Nast College was delighted to host Bertrand Michaud, Managing Director of Hermès Great Britain, during October as part of the weekly industry lecture series. Steeped in a two-century history, Hermès is the epitome of luxury when it comes to fashion brands.

Michaud is a graduate of the University of Paris with a Masters of Law, of Political Sciences and a pre-doctoral degree in Defence Studies. Michaud is a governor of the Lycée International de Londres Winston Churchill and is a member of the Légion d’Honneur. 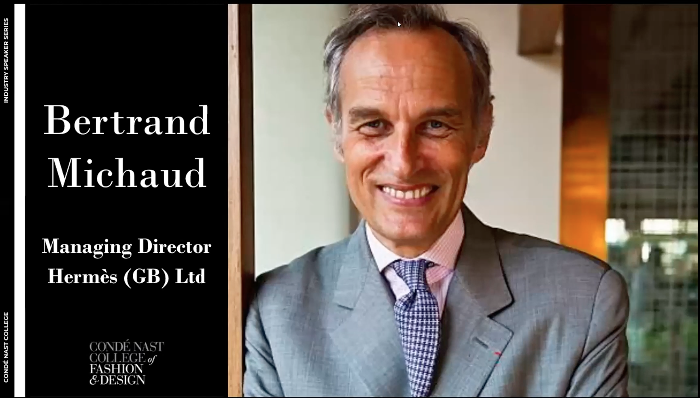 An independent family-owned company, Hermès has remained faithful to its artisan styling and its humanist values since 1837. The freedom to create using beautiful materials, the values of excellence and expertise and the aesthetic of functionality all embody the Hermès brand. Axel Dumas, a sixth-generation family member, has been Hermès CEO since 2013.

Authenticity at the heart

Hermès is dedicated to keeping the majority of its production in France through its 43 workshops and to developing its network of 311 stores in 45 countries. The group employs more than 15,600 people worldwide, including more than 9,700 in France, among whom nearly 5,250 are craftsmen. Founded in 2008, the Fondation d’entreprise Hermès supports projects in the areas of artistic creation, training and the transmission of expertise, biodiversity, and the preservation of the environment.

To this day, Hermès 96% of the brand’s products are made in France. The other 4-5% are made abroad in search of the best craftsmanship. Michaud mentions the reasoning behind this, “It’s not to save money, it is because we can find better craftsmanship.” Iterating that Hermès watches are produced in Switzerland – the world premier country for watch and clock manufacturing and that some of their fashion jewellery products that include buffalo horn are made in Vietnam as the level of craftsmanship is not something that could be replicated in France. 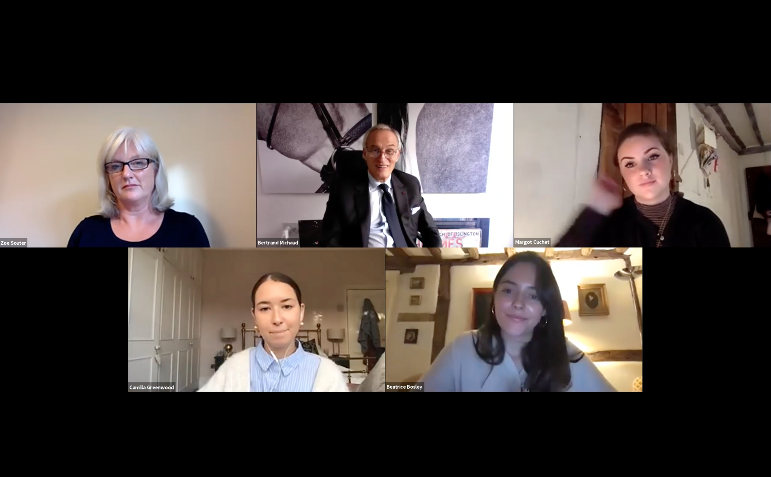 Michaud’s inspirational talk laid importance on risk taking, going with one’s gut, going outside of your comfort zone and trying new things. Having spent his professional life globe trotting, he also imparted to our students the importance of travel. “Don’t hesitate to go abroad. See the world, get paid for doing it. There are always good reasons not to go… but you will never regret to travel, to go abroad, to see the world. It’s not always easy to do so, but it is always interesting…”

Michaud also spoke about the importance of protecting the Hermès staff during the pandemic and how the company, admirably, have put their workers first, denied any government funding and have kept their employees at full salary during global lockdowns. Speaking on his passion for the timeless brand, Michaud advised our students to “Join a company for which you feel something.” Continuing, “Try to choose a company you want to work with that is close to your heart, or that you respect.”

“Dream is a product of necessity” – Jean Louis Dumas

Speaking highly of the charismatic Jean-Louis Dumas, who was the deciding factor in Michaud joining Hermès in the first instance, he quoted the French businessman who was the chairman of the Hermès group from 1978 to 2006 with the impactful words of “Dream is a product of necessity.” Explaining the weight of these words and their sentiment further, Michaud told our students “…That is very important otherwise you are overwhelmed by the daily task, the daily life. Try to spare a bit of your time to dream. Dream for yourself, dream for the company, dream for the project. But don’t be caught in a day to day business and management otherwise you are going to lose the plot.”

Concluding the inspirational talk, our students quizzed Michaud on how Hermès have handled the pandemic, as well as asking business based questions from our MA Entrepreneurship students, and finally into a discussion about what defines luxury, to which Michaud turned the tables and quizzed the students on the subject.

Hosting Bertrand Michaud as a Condé Nast College industry speaker was inspiring, entertaining and confidence building, all qualities reflected in the Hermès brand, giving weight to the pearls of wisdom imparted on the CNC Students.