Glen Luchford on the cinematic power of fashion photography 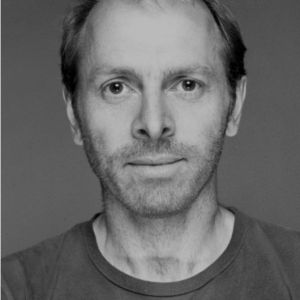 “It just sort of spiralled”, are the words with which Glen Luchford, fashion photographer and film director, describes the remarkable success he’s discovered during his illustrious career over the past three decades.

Whilst discussing his photographic career with the Condé Nast College students, the industry pioneer delved deep into his imagination and idiosyncrasies behind many of his most notorious images. Ranging from his days shooting for magazines such as The Face in the late 1980s, to his recent collaborations with Gucci’s Alessandro Michele.

The magic behind much of Glen’s genius is from a plethora of creative sources, from the moody mystique of European cinema to spellbinding recreations of biblical tales. “Up until the 1960s cameras were incredibly heavy pieces of machinery, and in the 1970s they built the first very small movable cameras.” Glen explains with a cinematic carousel as a backdrop, “so a young generation of European film makers started to be very clever in the way that they used the cameras. They could run around with them and do all kinds of things that had never been possible before.”

In reference to these images of his favourite films of the time, Glen expressed his expertise whilst reflecting on the nuances involved in producing imagery entirely. “If you watch a film like Lawrence of Arabia, for example, when they’re shooting Lawrence walking through the desert they had to have an entire wall of enormous arc lights…” Glen continues, “…like maybe twenty of them in a row. In order to get enough light onto the negative.”

As he spoke to a room filled with enamoured students, still fresh to the business of fashion and excited to explore, Glen delivered sage advice on how working should always be fun; particularly in relation to his time photographing the reimagining Gucci; “Those kinds of campaigns are really fun because they lend themselves to moving images”, Glen continues noting his passionate progression into moving image.

“In the early nineties, Mario Sorrenti asked if I would come on a job with him and film it. I’d never held a film camera before but he explained to me that I could get bow legs and put film in it, and that he’d done it already for Calvin Klein, so I was like yeah, great let’s do it.” Going on to explain the prolific style success he had working with this new medium, Glen explained on how film producers and fashion brands alike came to source his cinematic style for their campaigns.

Circumnavigating the entirety of Glen’s career in an afternoon of conversation, the greatest hits of his accomplished portfolio were drawn to a close with images from his remarkable collaboration with artist Jenny Saville. As a contemporary artist, Saville’s work challenges  conventional perceptions of the human body.  Her work is unique for its absolute disregard for societally impressed conditional beauty, instead opting to depict the magic of our physical form in explicit, glorious detail.

Glen commented on the art they created to say, “it was definitely challenging those ideas of femininity, and I think in some kind of perverse way she liked the idea of working with a fashion photographer, whose job it is to take pictures of supermodels and perfection and people that were beautiful to then do something like this.” Making the collaboration particularly relevant , given the relevance of authentic femininity today. as Glen noted, “She realised that would have some kind of poignancy to it.”

Having guided us through his most captivating and dream-inducing images, Glen’s early remarks of the elbow grease of his youth appeared particularly poignant, “I would ring all the photography studios in London every week, trying to get a job as an assistant. Eventually it worked…” A devotion which, if missing, could see the fashion industry without many of the groundbreaking collaborations we see today, lending an inadvertently motivational undertone to an entirely inspirational talk.