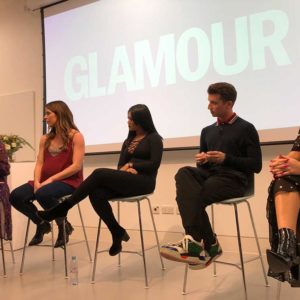 Glamour UK reveals the dark side of social media in their new #blendoutbullying campaign which focusses on cyber bullying and features a lineup of influencers in their beauty panel to share their stories.

Being in the spotlight of millions of social media users day by day isn’t as easy as it looks, no matter how exciting it seems being in the public eye – and that’s exactly what Glamour UK wanted to show in their new #blendoutbullying campaign in partnership with The Diana Award. The campaign focusses on the negative abuse and comments that both influencers and social media goers receive on a daily basis primarily about their personal appearance their choices within the beauty industry, such as cosmetic surgery. Editor-in-chief of glamour UK, Deborah Joseph set up the campaign in September after hearing stories from individuals and the impact that cyber-bullying and trolling has on their mental-health and personal life.

On Wednesday the Glamour hosted a beauty panel talk for their #blendoutbullying campaign at the college to give the students and insight as to what it’s like behind closed doors and the dark sides of social media. A group of influencers who have experienced bullying through their social media accounts; particularly Instagram, joined the panel and included personal trainer, Carly Rowena, beauty influencer, Ling KT, celebrity and entertainment editor, Josh Newis-Smith and reality TV star, Megan Barton-Hanson.

“Although we love social media this is definitely a darker side of it and it’s a phenomenon that doesn’t seem to be going away”, says Joseph. Social-media is the new age in technology and despite giving individuals, particularly celebrity figures, to communicate their life through social media platforms, with the positives also come the negatives. The talk discussed the panels stories as to how they cope with the on-going bullying and a rigorous conversation as to how we can improve the world of anti-bullying. 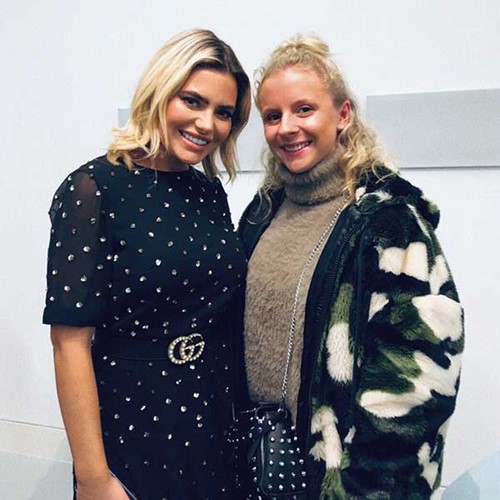 Cyber-bullying comes in all sorts of shape and forms whether it be trolling through anonymous accounts, comments on pictures, or through private direct messaging which only the victim can see. Panelist and Love Island star, Megan Barton-Hanson spoke about the hate she received when she came out of the villa and how she coped when she was thrown into the public eye. The reality TV star and model is known for her use of cosmetic surgery and her personal appearance is the main subject on the negative abuse she receives. As well as cosmetic surgery, during the talk Megan opened up about how she also gets abuse in regards to her previous career choices in glamour modelling and stripping. In a promotional video for the campaign, Megan stated, “what really got me was all the comments about my appearance. I feel like in this day and age, you’re damned if you do, you’re damned if you don’t. You’re either criticised and bullied for the way you look, or you do something about it for yourself and then you’re criticised for that also. I think what really helped me deal with the comments is the fact that I made these choices for myself and no one else”.

An eye-opening conversation to both the students and social-media users, the panel talk was a real learning curve into how we can all support each other through the issues behind cyber-bullying. Having taken place on world kindness day and during anti-bullying week, it was truly inspiring to the students and allowed an open discussion for a Q&A at the end for individuals to gain advice from the people who are suffering from it on a higher, more public level but also connect with them on a personal level. A real message that came from the panel was that, even if you’re worried about what others think and have to say, do things for yourself! There are so many people going through it and people are there to listen if you feel lonely. If you missed the panel talk it is available to watch on YouTube which you can access through a link on Glamour’s instagram and I highly recommend watching!