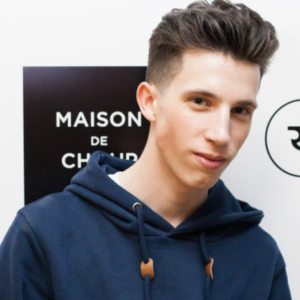 The name of the brand means ‘House of Charlotte’ – Charlotte being a reference to his sister, who helped him through his suffering through mental illness. George went on to tell us where his story began. 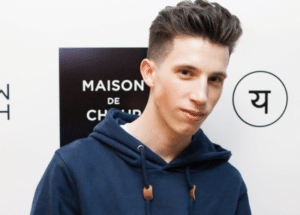 In 2012, after having finished his exams, George went to a festival with some friends and part of the celebrations involved drug consumption. However, months later, George experienced th

e same affects he had experienced when on drugs: shaking, sweating and blurry vision.

He proceeded to confide in his parents about the drugs, terrified of having another panic attack. After a visit to the doctor, the family was informed that he was suffering from anxiety disorder, and was told, to George’s dismay, that he would have to wait 40 weeks for treatment. Fortunately, George’s family could afford to fund the treatment privately.

George said that just talking about his mental health made him feel better. He discovered that sharing his experiences and projecting his thoughts and emotions through drawing was cathartic for him. He thought about designing prints for t-shirts, using his drawings. This led him to try screen printing in his dad’s office, however, it made a quite a large mess so he decided to use a company to produce them. Eventually, after some persistence with finding the right people to help bring his ideas to fruition to a high standard, in May 2015, George released his ‘Words Fail Me’ t-shirt. (below)

In 2016, George was invited to participate in the British Fashion Start-up Awards, which he went on to win, after having to pitch his brand for 7 minutes and answer the panel’s questions, à la ‘Dragons’ Den’. Soon after he won, George met a girl who suffers from mental health problems too. Together, they came up with the ‘Warrior Collection’. (pictured below) 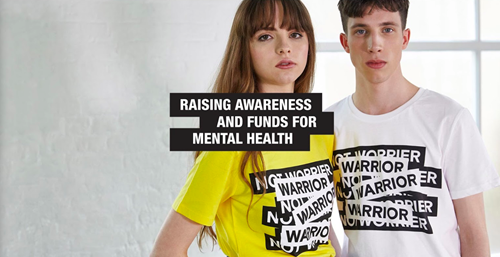 George has turned his weakness into a huge strength and the meaning and ethos behind his brand remains as strong as when it was conceived. George approached Young Minds, a charity that help young people who cannot afford to mental health care, and now Maison de Choup donates 25% of their proceeds to them. He also rode 130 miles from Overton, his village, to Exeter in Devon to raise money for the charity for World Mental Health Day to help maintain the work they do for infants and young people suffering from mental illnesses. George has also recently become a qualified Youth Mental Health First Aider with MHFA England.

George was a natural at inspiring and motivating us. He said “don’t be afraid to take risks”, he compared this to talking about his mental health, how it encourages others to do the same. ‘I hate regretting things now, regret makes me anxious. “’What if’s” screw me up.’ He encouraged us to “fail forward’”and said: “mistakes are the stepping stones to success”, and he reminded us of the ultimate form of hope: knowing something great can come from a dark place.