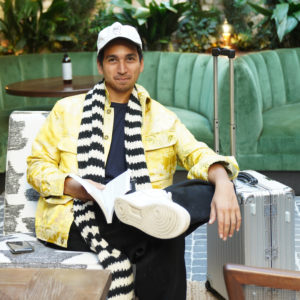 CNC graduate and Vogue Diploma alumni, Can Remzi Ergen talks on managing multiple brand identities, from his role as the Communication Officer at UNICEF Turkey, to the Features Editor for GQ Turkey.

Tell us a little bit about yourself and your current role.

Alongside this, I work as the Features Editor for GQ Turkey and as contributing Editor-at-Large for Vogue Turkey. At GQ, with the multimedia vision of our Editor-in-Chief Ali Tufan Koç, I started a podcast series called ‘I Do It Everyday,’ talking to the top creative people in Turkey for 10 minutes, questioning them on the habits that trigger their creativity by asking what they do every day. Meanwhile at Vogue, within the support of Debora Zakuto, Editor in Chief of Vogue Turkey I initiated a column called #VogueSocialImpact which goes out every Sunday on Web and every month in print. Within this column so far I’ve talked to Helene Valade, Environment Director of LVMH and Stella McCartney in collaboration and with the support of my college, Condé Nast College. 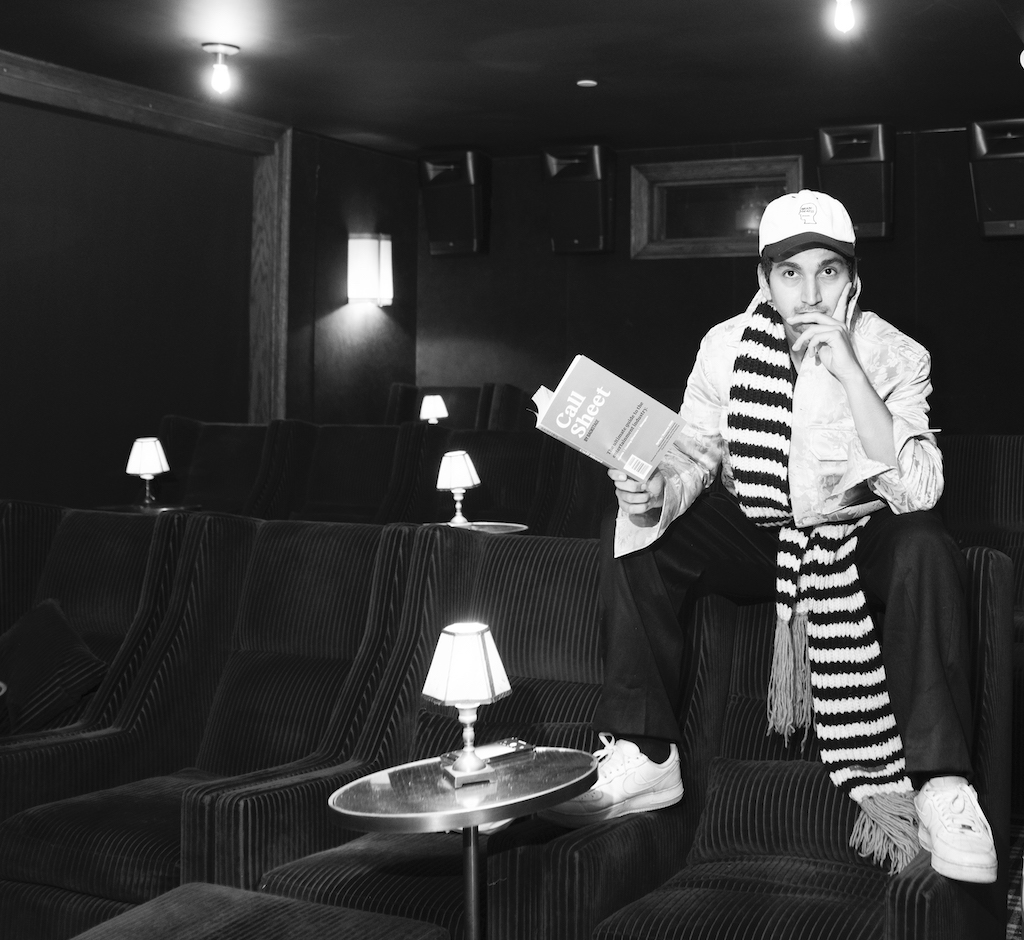 How did you get your creative footing?

Alongside my current work, I’ve always been interested in acting. I studied with Actors Studio’s Creative Director Elizabeth Kemp under the aegis of Al Pacino then at Royal Academy of Dramatic Arts, following that I worked in LA with the American acting coach, Eric Morris before studying the Vogue Diploma at Conde Nast College. Later on I was at Sorbonne University in Paris for a Masters in Performing and Visual Arts while working for Vogue Hommes International. I should also mention that regardless of my studies I come from a family where I was exposed to the creative field, a father who is a graphic designer at one of the most renowned agencies and a mother working in textiles co-running our family textile business.

After my Masters, I decided to go back to Turkey, and after taking part in an internship for UNICEF in high school, an open consultancy vacancy came up and it was during this point I was also starting to get in touch with Vogue Turkey which later on gave me the chance to collaborate with Marina Abramovic, Natalie Portman, Jonathan Anderson and many creative people for features. I also represented the magazine during the Paris Men’s Fashion Weeks for long seasons participating all different shows.

How did you find juggling your work with UNICEF alongside the demands of the fashion industry?

The UNICEF consultancy lasted two days a week in a Syrian refugee camp, where I developed a strategy for workshops for children who just fled Syria while war  planes flying just over our heads and hearing bomb voices. We created a series of lectures on art and installations for the children.

When I later took on another consultancy with UNICEF and other roles, which led to me becoming the role I’m in today, I was also flying between refugee camps and Men’s Fashion Weeks. This really made me ask: which one is real? But you come to understand they are two different worlds. For instance, I can’t blame any human being that they are living in a setting where they have everything that they need. I can’t blame them because they are not in a war. It works both ways; they are both different worlds, but both real. The question maybe is; can we bridge those two worlds? What can be done about it? 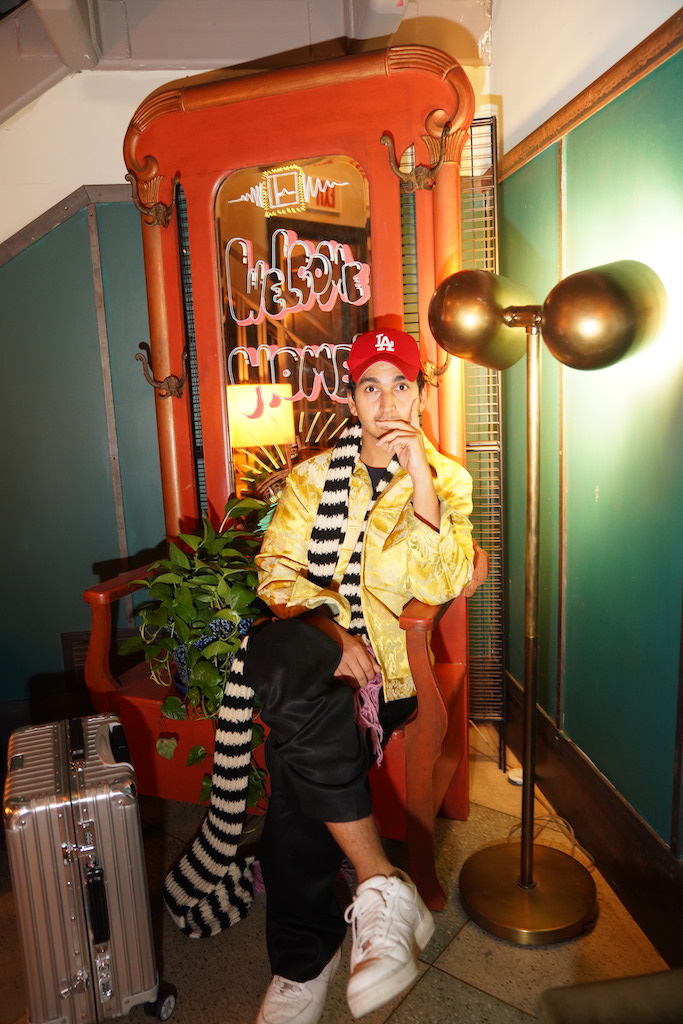 What does an average day look like and how do you juggle different brand identities?

The United Nations has taught me a lot about time management, even though there is still a big room for development! It is an organisation working in 190 countries with a very big system. It became a school for me. It’s taught me about structure, from how to plan how to prioritise and strategise. I learnt how to prepare a real communication and visibility strategy and and how to find ways to engage with different audiences while always having human rights approach at the core.

Every day, I start my day at 5:30am, not to be in the cliche 5.30am club, but because I don’t have enough time for my other pleasures other than UN otherwise. I have to work from 9-6pm as an officer at UN, and within those hours I can’t do any acting or writing. And so I have to do everything before 9am so that I can produce the other work. Time management is really about planning and it’s what I do every day for about 30 minutes. While doing that 30 minutes planning and strategising I’m maybe gaining three hours. It’s important to remember that we are humans, not robots. I have to take into consideration how I am that day, what I need personally as well. And also there are so many ad hoc things within the not only United Nations, but when we’re talking about the media industry. So in the morning, I’m just creating that path, laying it down for my day.

What was your experience like at CNC on the Vogue Foundation programme?

I was really lucky because I was among the first cohort of students and we were bearing witness to the birth of the college in a way. Having said that when we put our foot at the school everything from A to Z was ready for us. We had Tommy Hilfiger coming in teach us or you Jonathan Newhouse to Alexander Schulman who was Editor-in-Chief at that time. Amongst all of these names, just having a casual chat with them, we really felt at the heart of the industry. And not only by being at this school that has been newly created, but we were also in London, in the midst of creative industry.

What was your favourite thing about studying at the College?

Between the tutors, the guest speakers, and the opportunities provided, I also really admired my school mates. I wasn’t just coming together with an MBA doctor working on very specific subjects or working for a very high fashion brand, but also people fresh from university or about to join, with a quirky approach. Relationships with the school, the management, today after seven years being graduated is something I cherish, not only professionally, but on a human scale.

What guidance would you give to students  looking to get ahead in the  industry?

It’s very important to have other people’s opinion because everyone has something to offer. But I think there’s a tendency to forget that actually we are all very unique. And the thing that will work for me might not work for you. It might work, but we wouldn’t know. And the reason why for me this advice is very important is because we have to look more within ourselves; to listen more to our five a half senses; the latter being our energy!

How do you define success?

The key performance indicator of success is something that only you can define because it’s really about your parameters and your indicators in life. It is about how you define life after all, we can’t compare any two people. Instead, it’s linked to a very simple thing. Are you happy about it and do you feel alive? When I’m measuring success I think first, am I happy? Am I feeling alive and excited? Am I feeling like I have to do this? I think that that feeling is very important. I I must do this. I must do that story. I must meet that person, I must learn about that thing. The other thing for me is feeling peaceful. While jobs can be stressful, you should still feel good.

What changes do you hope to see in the fashion industry in the next year?

I would love to see the green washing going away, because while everyone is talking about sustainable theory and the environment, it’s about how we do things. Yes, it’s good, the speaking up culture, but it’s very important to also just initiate systems where we can change behaviours. More than that, we have to be very methodological about it and not think that only the fashion industry can succeed. I think we need the government and the policy to support the efforts of the people and companies. We are very much talking about what good we are making but do we have enough courage to talk about what is not going well when it comes to sustainability?