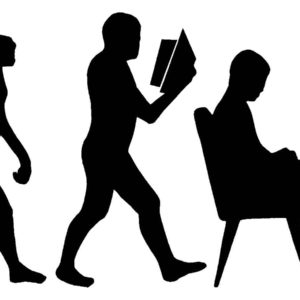 There’s something undeniably satisfying about zoning out on a crowded rush hour train, being transported abroad with the latest article in cntraveller.com. Equally satisfying is putting my phone on airplane mode and snuggling up in front of the fire with a hot mug and the latest issue of Vogue.

Yet, in an increasingly digital world the fate of print is often called into question, despite its unrivalled tangibility and unprecedented ability to aid escapism. Is it really possible that the rise of digital media will be responsible for the downfall of print? And why is their relationship perceived as so non-symbiotic?

Whilst print is often perceived as infinitely more reliable than its digital counterpart, digital is happening in real time, suited to the highly reactive generation consuming it. The Internet’s ability to create conversation on a global scale is the massive advantage of the digital revolution. Nonetheless, I contend that its position should be complementary to print, as opposed to instead of. The ability of print to generate conversation, although on a much smaller scale, is of equal value. Many a train journey conversation has been sustained by mutual intrigue in a Metro article, whose replacement by iPads and Kindles noticeably diminishes this sense of communality.

Additionally the ubiquitous nature of online content highlights the subjective reliability of catered content found in print publications, imbuing them with a collectability and reference factor. Whilst this inevitably requires a transition in the production values of such publications, many magazines such as Glamour, are already making these changes and reaping the rewards. Additionally as Alexandra Shulman, one of the most highly regarded of Vogue’s Editors, steps down from her position after 25 amazing years, it will be interesting to see the changes that Edward Enninful’s appointment will provide regarding the reconciliation of print and digital media.

There is no doubt that the proliferation of digital media has shifted the perception of journalistic success from content curation to calculable clicks. As a result we are exposed more and more to what feels clickable – cue bright colours and flashing images – rather than what is reliable. This means it is becoming increasingly difficult to obtain content we trust, especially as the majority of online content is free and therefore can be perceived as not carrying the same verification that seemingly comes with purchased content, both in print and online.

Thus as the Web continues to expand we are becoming increasingly reliant on information providers that we trust, whose ideals we ourselves idealise. These voices are predominantly found in print because it is the oldest form of mass communication. The belief that what is trending or clickable will monopolise digital media and therefore homogenise content is unfounded. It is our responsibility to solicit what we are interested in and to support publications that have rectitude, just as we do with the print publications we pay for.

Currently the magnitude, quality and time invested in the production of print is not feasible for online content as it is too costly. Online companies unable to sustain themselves on organic and authentic values will fold, leaving behind those that can, those that provide more fulfilling entertainment than meme pages and hypothetical quizzes. Ultimately we have the final say as consumers.

In evolution if all copies of DNA are lost then the species is extinct. If a species boasts many DNA copies it is a success, irrespective of the well being of their carriers. In this respect quantity prevails over quality.

Just as the currency of evolution is neither hunger nor pain, the currency of journalism is not necessarily credibility. Thus whilst digital currently dominates in numbers, this does not equate to the extinction of print, or even its downfall. In fact, niche print productions are increasingly finding an audience, digital providing the competition needed to drive the formation of unique identities. A switch to analysing “time on site” as opposed to “clicks onto site” will provide a more accurate representation of engagement.

Digital has not become a substitute for print. If anything it amplifies prints value, the pixelated facsimile often unsatisfying, especially for text heavy content.

Nonetheless, as a generation that typically has to wait no longer than an hour for door-to-door food, clothes, even toilet roll it is no wonder that digital exploded. If there is one thing I am sure of, it is that there will continue to be change. A newer development threatening to eradicate both will one day see us as nostalgic for digital content as we are for print today.