Fashion’s King of Cling, Azzedine Alaia Passes Away in Paris at the age of 82 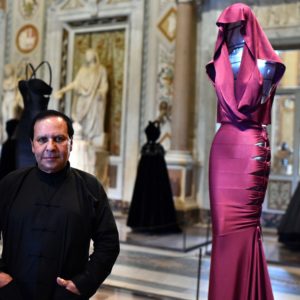 While the world starts preparing themselves for the approaching festive season with holiday cheer, the fashion world mourns the loss of one of its most iconic designers. Paris officials confirmed on Saturday 18th November the death of the Azzedine Alaïa, known as ‘the king of cling’ for his signature figure sculpting garments. 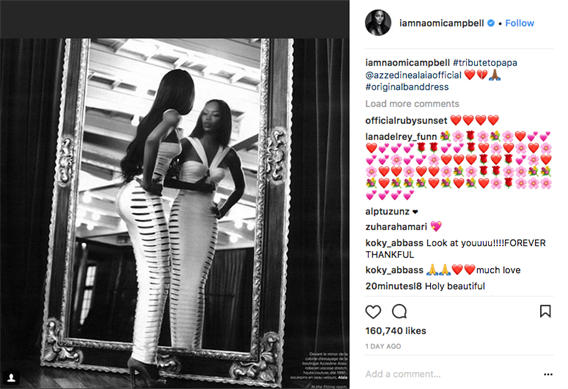 Born in Tunisia 1940 (although the date cannot be confirmed as he was notorious for lying about his age) his designs have left his audience in awe of his precision and knowledge of the body for half a century. Having coveted Vogue magazines from when he was a boy, taking them off of his glamourous sister, he had a strong sense of creation and respect for the art of high fashion.

His profound and unparalleled understanding of the movements of the body can be credited to his time as a sculpture student at Institut Supérieur des Beaux Arts in Tunis. Later he would change his direction from sculpting in the classical sense to that of garment design and work under names such as Christian Dior in (although with the outbreak of the Albanian war this was only very brief), Guy Laroche, Thierry Mugler, before showcasing his first RTW show in 1980. 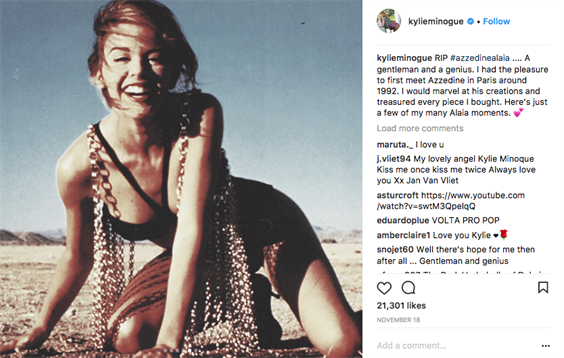 Apart from his stunning artistry within his garments, Alaïa became infamous as a shamelessly outspoken rebel within the rigid fashion industry, often choosing to showcase his collections on off seasons and snubbing the scheduled fashion weeks. It was in his fierce determination to be true to his designs and his own creation that he forged himself as the pinnacle of creative freedom and individualism as he stated, “I refuse to do things I don’t want to. I do what I want. I am free.” 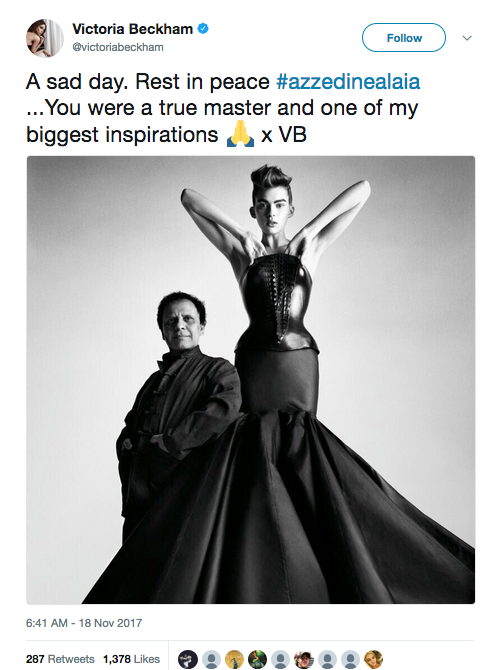 With a profile as high and notorious as his it is no surprise that social media has been a flood with outpourings of grief and remembrance from his high-profile clients and personal friends. Most notably a heart-breaking letter from Naomi Campbell in which she refers to him as “papa” as well as condolences from the likes of Victoria Beckham, Vogue UK editor Edward Enningful and Rihanna just to name a mere handful.