Fashioning Flux Between Art and Life: A Review of Basquiat ‘Boom for Real’ 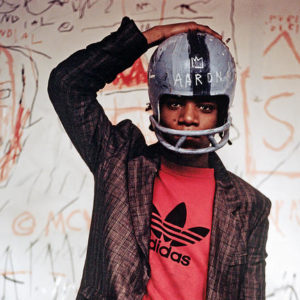 He stands in front of a graffitied wall. He wears a brown and red checkered suit that hints at glen plaid and its associations with aristocratic importance. Under the suit he opts for a red Adidas jumper, referencing hip hop trendsetters of the 1980s that popularized the brand. The look completes with an American football helmet emblazoned with his signature crown design and the name “AARON,” a multi-layered symbol possibly referencing baseball legend Hank Aaron, the black anti-hero of Shakespeare’s Titus Andronicus or maybe brother of the biblical Moses. 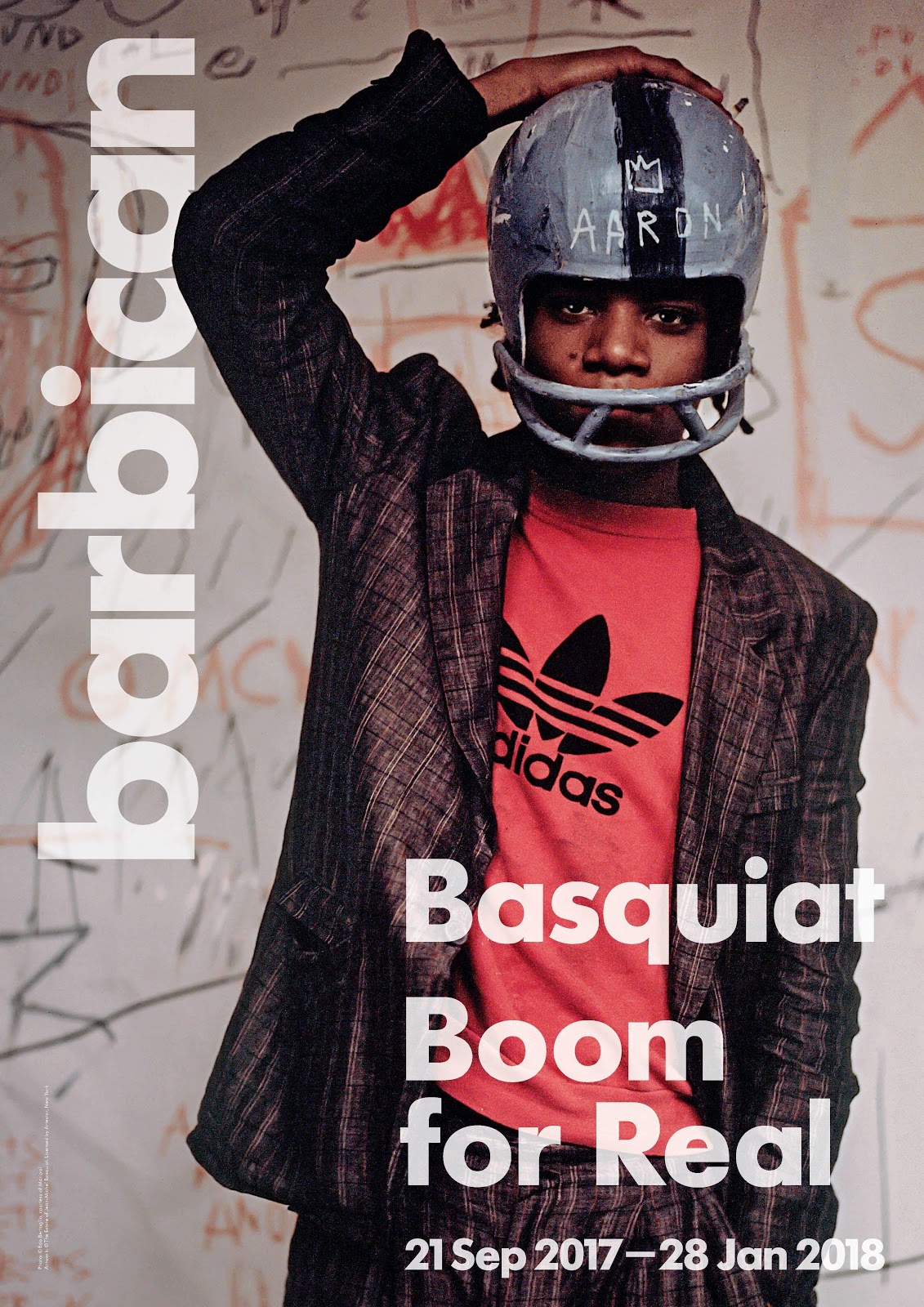 This portrait of Jean Michel-Basquiat (1960-1988) introduces Basquiat: Boom for Real, the Barbican Centre’s exhibition on view now through ’til 28th January 2018 in London.

Curators Dieter Buchhart and Eleanor Nairne echo the idea that fashion is a breeding ground for collaging ideas and creating identities. The resulting dissection of Basquiat’s influences reveals an artist equally inspired by the avant garde and mass market pop culture. 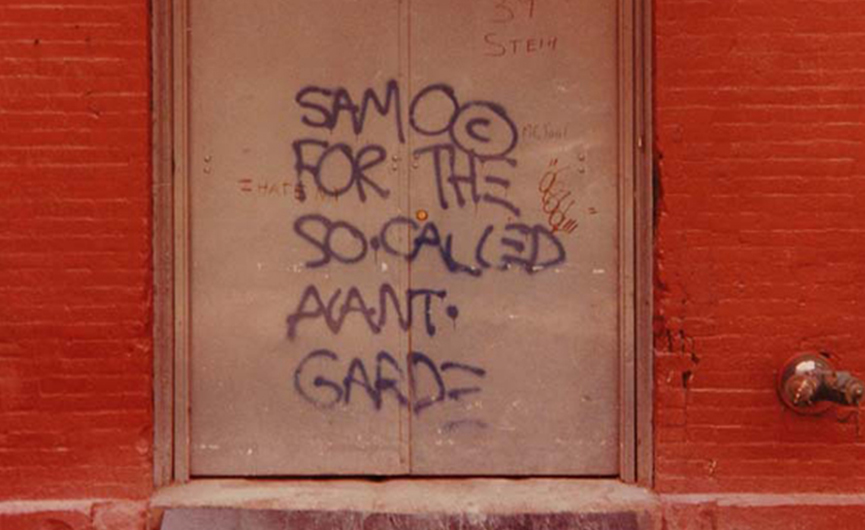 “Boom for Real” was Basquiat’s catchphrase for anything he deemed authentic. That expansive definition of authenticity in 1970s New York was inspired by the emerging hip hop movement in the Bronx and the postpunk rock scene on Manhattan’s Lower East Side. 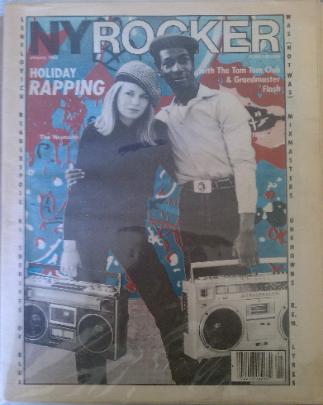 Most graffiti writers created colourful pieces that ate entire subway cars. Basquiat’s works, under the pseudonym SAMO©, were direct political statements. Rarely seen photos and articles from underground New York publications like SoHo Weekly News and the Village Voice document his evolution. SAMO© was a play on the phrase “same old sh*t,” with an added copyright symbol to suggest he was “a conglomerate of dominant genious [sic].” “[G]enious” was deliberately misspelled for irony: on one hand, artists express poignant truths; on the other hand, they create delusions. Together the piece reads, “SAMO© [same old sh*t] a conglomerate of dominant genious [sic].”

Video clips from Basquiat’s career are just as revealing. A monumental moment from the Canal Zone Party in April 1979 shows the first time Basquiat wrote graffiti for an audience, revealing his identity as SAMO© live on camera. That’s matched by an interview with Diego Cortez, curator of the legendary February 1981 New York/New Wave art show, one of the first to bring “street artists” into the “fine art” gallery space. Local notoriety earned Basquiat a place on TV Party (1978-1982), hosted by journalist and original GQ Style Guy Glenn O’Brien.

Boom for Real concludes considering Basquiat’s relationship with American pop art icon Andy Warhol. We learn that their effect on one another was mutual: Basquiat experimented with Warhol’s signature silkscreening technique and Andy returned to painting by hand. Some examples of these works made between 1984 and Warhol’s death in 1987 are displayed. The two are forever joined as colleagues, as well as commodities. Their names were used as fashion brands in 2017 as part of Uniqulo’s SPRZ NY graphic tee collection. Basquiat’s importance to fashion is also recognizable in the fact that Net-A-Porter is one of the exhibition’s main sponsors. 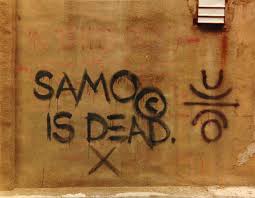 Basquiat’s popularity continued to grow after his death in 1988. Street style, graffiti, and hip hop were ingrained in mass culture. His role in those changes, however, was taken for granted. As often happens with larger-than-life figures, the man became obscured by the fame of his own myth. The Barbican Centre gives visitors the chance for an informed discussion about the omnipresent artist few really know. It’s providing the chance to say “Boom.” For real.