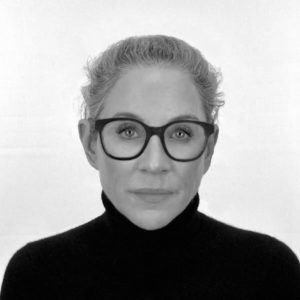 Expert Molly Logan spoke to Condé Nast College students on the creative power of Gen Z and founding the think-tank, Irregular Labs, to champion voices of the future.

Generation Z: the new generation harnessing power to change the cultural landscape as we know it. Soon set to surpass Millennials as the most populous generation on earth, with more than one-third of the world’s population considered a ‘Gen Zer,’ the influence and understanding of this fast-paced group has never been more fundamental. And for Molly Logan, it’s about making those voices heard.

A pioneering expert in Gen Z behaviours and attitudes, and with a decade of cultural consulting under her belt, Molly Logan founded Irregular Labs back in 2018. A Gen Z-owned learning network and innovation lab helping to manage and a network of communities for clients including Nike, Google and Gucci, Molly believes that Gen Zs see the world in a way that is fundamentally different from any previous generations and she enjoys learning from them.

Molly comes from an artistic background. She started as a curatorial assistant at the Metropolitan Museum of Art (MET) while pursuing her Ph.D. in the History of Photography from Columbia University. In principle, her plan was to stay at the MET. However, she quickly realised that she did not want to be part of a big, bureaucratic system. Looking back, she is sure that it wouldn’t have worked.

At the ripe age of three-years-old, Irregular Labs was designed to work with those aged 25 and under. “If you want to prepare for the future, you need to work with the future,” shares the brand in their mission statement. “Whether we are running a study, developing a new product, or launching a micro-influencer campaign, everything starts with Gen Z as thinkers, makers, and partners.

For Molly believes that Gen Z’s see the world in a way that is fundamentally different from any previous generations and she enjoys learning from them. At the crux of her ethos is the idea to follow creativity, rather than focus on reaping its financial benefits. Refusing to be swayed by monetary goals, the focus remains on the quality and integrity of her work, as she shares how “money won’t get me up in the morning.” Rather,  if you do something well and it is unique, money will take care of itself.

Navigating a pathway through the industry

Prior to launching her own company, Molly worked for the esteemed photographer Richard Avedon. Her work at in the studio profoundly influenced her ability to see, to understand images, and even people and after several years working for him, she later realised that she wanted to explore new pursuits. Learning about the large amounts of money that went into creating campaigns, Molly was eager to understand how. She thought about going to business school but ended up building her own business, FREDThinks, a cultural consultancy and studio.

At FREDThinks, she worked with young, emerging talents and enjoyed the process of developing and nurturing their art. The business grew very quickly and once she learned how the commercial world worked, she decided to close it. This was her next grand moment.

Around 2012, she found herself thinking about what a Khan Academy for creativity would look like. An idea that stayed on her mind until 2014 when, along with her co-founders, started School of Doodle – and this is when Gen Z’s came in. Raising over $130K in one week by enlisting the help of notable female activists such as Sia, Yoko Ono, and Gloria Steinem, using creative tasks as a means to build confidence in teen girls.

In early 2017, clients were calling to know more about Gen Z’s and she happily facilitated these conversations. Unintentionally, she had started a business on its own, and that is when Irregular Labs came together. From then on, they focused on research and development projects where Gen Zs had their voices heard in big companies.

Key takeaways from the industry talk

Today, Molly has 10 Gen Z partners around the world with equity in the company. Her aim is to give clients access to Gen Zs while giving them access to see how these companies work and ensure they have a voice.

In a nutshell, Molly shared her successes as well as her turning points and self-doubts. She taught us that even when we feel uncomfortable and insecure, we should move forward and keep fighting, that our opinions matter, and that we should make ourselves heard.