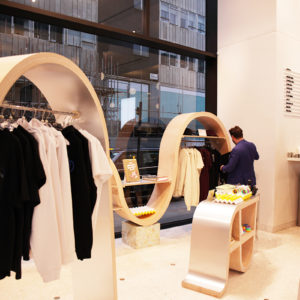 London’s reputation to draw in creatives is more of a truism than an idealisation. Underscored by the sundry of events that are realised here, this metropolitan is at the forefront of fashion, business and innovation. 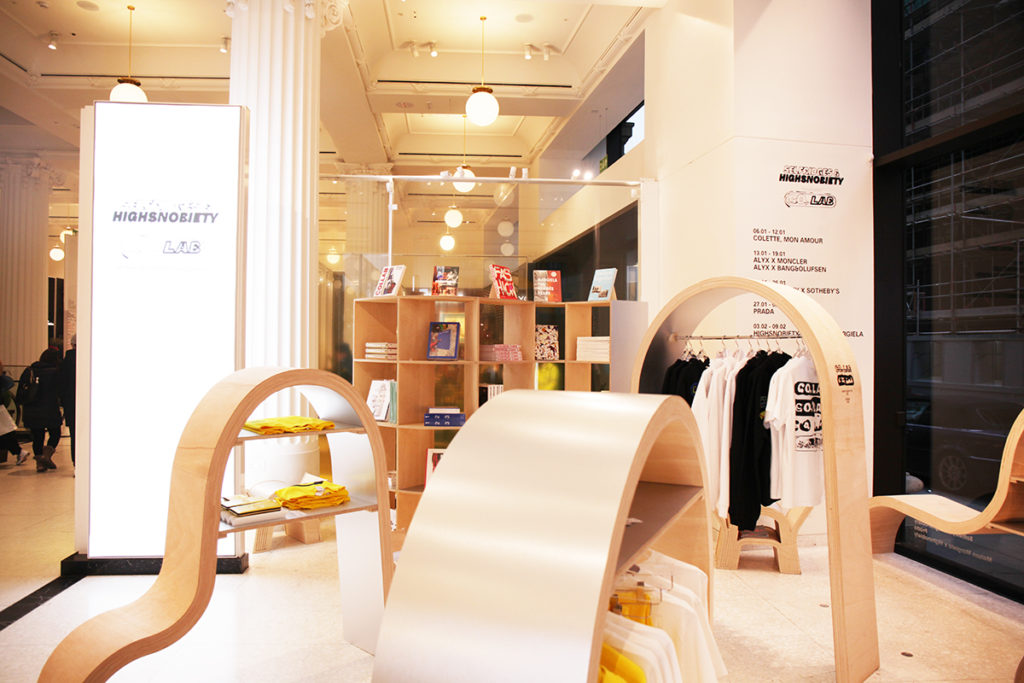 Since becoming a student at Condé Nast College and moving to London, one of my favourite past times has become attending the  diverse range of pop-ups and exhibitions put on by brands trying their hand at experiential marketing. The latest being Highsnobiety’s collaboration with Selfridges at their flagship store on Oxford Street, which is on until the 10th of February.

The collaboration, called Co.Lab, offers a new touchpoint to  audiences by enabling them to experience the brand’s sartorial side in a physical retail space. Selfridges’s ethos is particularly apt for the collaboration, as it’s known for catering to a youthful demographic. (Hence the skatepark on the fourth floor).

Taking their target audience into consideration, it’s no surprise that the Selfridges team has decided to pair up with Highsnobiety. Catering to the Millennial and Generation Z demographic includes implementing experiential marketing, as a strategy to form meaningful interactions between the customer and the brand.

Highsnobiety and Selfridges took it a step further by producing school-yard style keepsakes for their Co.Lab, like slinkies, bouncy balls and sticker packs. To ensure the youthful theme was not overlooked, a giant yellow slide was installed as an extension of the pop-up in the department store.

Not to isolate any potential members of their audience, the Co.Lab also included an in-store coffee bar. The two companies cast an ambitiously wide net, but in doing so were able to demonstrate their values beyond the fashion industry. The baristas employed are ex-offenders from the Thames Valley and the coffee stand itself is wholly sustainable. 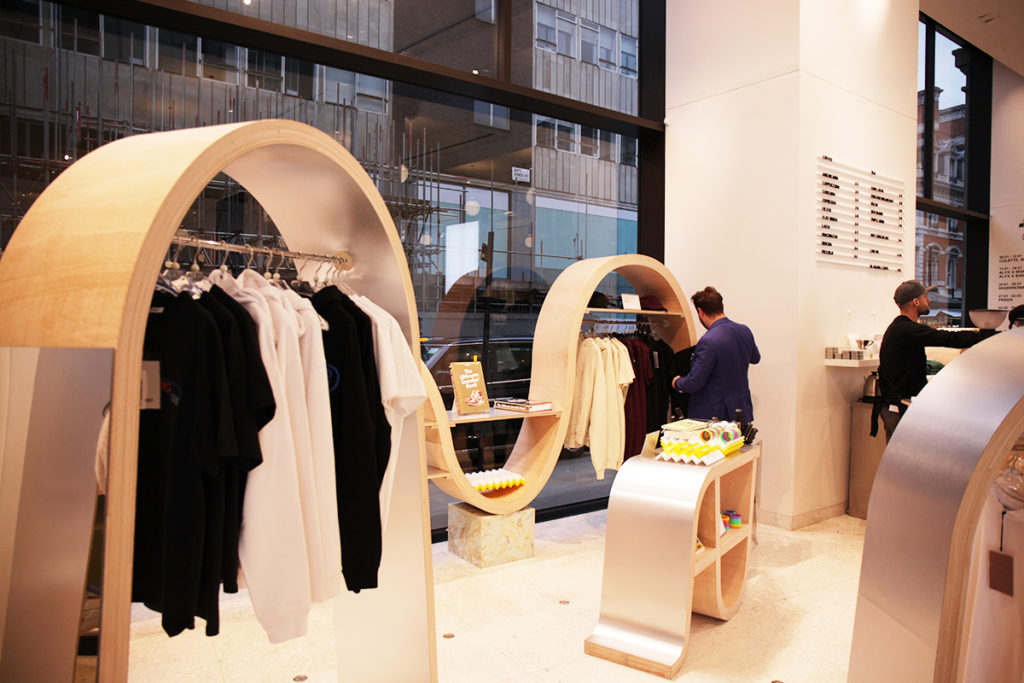 A third party is brought into Co.Lab each week, which is typically a designer that Highsnobiety releases an exclusive collection with for the event; Prada, Maison Margiela, and Moncler to name a few. The first week featured the promotion and the showing of a documentary Highsnobiety co-produced, colette Mon Amour. The doc is about a Parisian fashion boutique that was considered to be the most influential of its time, before closing down in 2017. Highsnobiety designed merchandise for the occasion and spread it out on half of their racks at the Co.Lab. Quotes from an interview about Colette with Pharell Williams were superimposed on one of these three racks, which cleverly reimagined the textual element of Highsnobiety in the physical space.

The Co.Lab is a melting pot of creativity, with a bookshelf featuring volumes on fashion and culture incorporated into the space alongside magazines stored in and around the furniture. It’s clear that the audience, much like Highsnobiety’s reader, is intended to discover new information while visiting Co.Lab.

My major take-away was how both brands were able to create a dialogue with their audience by rethinking the boundary between the digital and physical space. How well they accomplished this, is up to you.

Find out more about what Highsnobiety’s Co.Lab have got in store on the calendar for the pop-up.

A glimpse into the future: Fashion Trends to look out for in 2020

Beauty gets a makeover in 2020