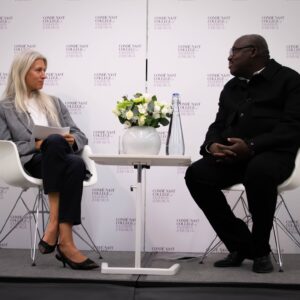 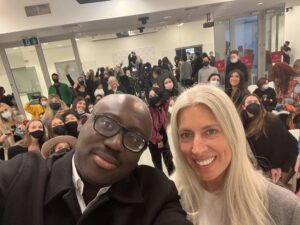 Edward recalls his mother’s devotion to dressmaking as his earliest fashion memory. Born in Ghana, Edward was nurtured with creativity.  His father was a Major in the military and the family grew up on an army base.

“I just remember lots of playtime with cousins and my mother was a seamstress, so I spent lots of hours with her drawing and watching her fit her friends into clothes and corseting; it was just a really happy childhood.”

The family moved to London when Edward was 12, and he was scouted at the age of 16 on a train by renowned stylist Simon Foxton. He was signed as a fashion model and Simon became his mentor. However, Edward was more absorbed in the clothes. Modelling taught him how to work with light, composition, character, and narrative.

“I was hungry to learn, this formed the basis for today”.

What makes a great stylist

“The longer you do it, the more you master it, the better you become”.

Edward stressed that there are no shortcuts to a career in styling, it requires dedication and determination. It is a journey, not a race, it will take time and genuine devotion is imperative. Edward encourages a zealous approach, to be fearless, and not to be afraid to make mistakes. It is through risk-taking and exploring unknown territory that true discovery can be found.

“I’m obsessed with the idea of fearlessness and I love people that are fearless and not scared to try new things”.

Through the lens of Vogue, Edward’s manifesto sets out to create a magazine sharing diverse perspectives and multiple voices. 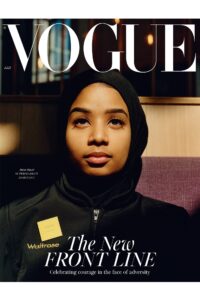 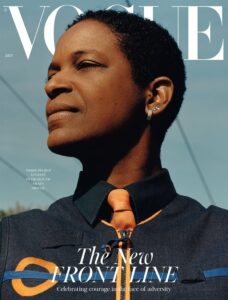 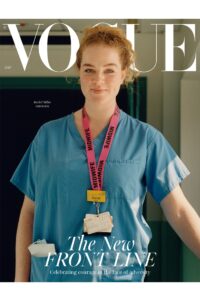 “I realised what I wanted to do is represent the world we live in today, the women I know, the conversations I was having, going back to Vogue in the ’70s which was a magazine for all women, of course elevated still, a magazine where you can open the pages and you are welcome, whatever colour you are, sexuality, age, size, religion. I wanted to create a place where you’d be welcomed”

Edward reflected on the creative shift during the two years of the global pandemic. Working from home called for resourcefulness and inventiveness. With the support of his team, British Vogue produced bold and courageous covers highlighting current critical issues in our society today with vigour and dignity. 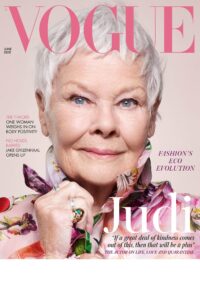 The first cover with actress Judi Dench called attention to the stigma older and vulnerable people were experiencing. The New Front Line cover courageously told the story of the race in the fight to save lives. The Reset issue was an opportunity to pause restart and included 14 impactful landscape covers. Subsequently, the Activism Now cover came about following the murder of George Floyd which grabbed worldwide attention and brought to the surface the profound inequalities in the protection of black human rights.

The February issue is so meaningful from the ‘Fashion Now’ cover story to the “Virgil Was Here” tribute, Edward’s multi-collaborative approach has influenced a generation to be believers. British Vogue is a space for everyone.

British Vogue’s second most liked cover on Instagram celebrates these incredible women that are Defining 2022. “These are the models everyone is talking about right now, the African models that are leading fashion, it’s an African Moment”.

It was really important for Edward to work with an all-black team, hiring pioneering photographer Rafael Pavarotti on set.

“For me to say I did the magazine on my own is not fair because I was able to assemble the best team, just the best, we trust each other, we are all in sync with the same frame of mind”.

Due to be released in September 2022, the idea came about from Edward observing a new generation of young people from different countries fighting for their place in the world. How to change an industry without being fearful. 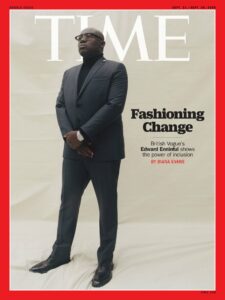 “I’m going to write a memoir, something I can really impart for this generation. I wrote it for you guys really.”