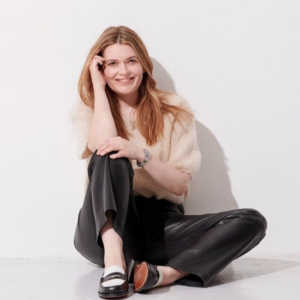 Since graduating from the College, Helene has continued to flourish within her career. From the former managing editor at Libelle – the largest women’s weekly magazine in the Netherlands – to her recent tole as editor for Kek Mama a lifestyle magazine brand, Helene’s prolific career in magazines is expanding once more.

This comes as van Santen has recently been made Editor-in-Chief of Margriet (DPG Media), the best known women’s weekly in the Netherlands.

Set to begin her new role in May, Helene shares her thoughts on her new position. “I am really looking forward to working at Margriet, an iconic magazine brand that everyone in the Netherlands knows. It is an honour to follow in the footsteps of all the great editors-in-chief Margriet has had, but one woman in particular: Hanny van den Horst, who made history in 1972 as the first female Editor-in-Chief in the Netherlands. It is with sadness that I say goodbye to Kek Mama, where I have worked with incredible pleasure over the years. But I just had to take the once-in-a-career opportunity to become Margriet’s editor-in-chief. With both hands. ”

Joyce Nieuwenhuijs, Director of Magazines says that Van Santen ‘in addition to her digital and journalistic strength, she has boundless energy, drive and passion: all the ingredients for a successful chief editor’.