Cindy Sherman is considered one of the greats in contemporary art, taking inspiration from cinema, history and popular culture to create larger than life photographs of her alter-egos using make-up, prosthetics and props. Now her first UK retrospective, featuring the Untitled Film Stills, 1977-80, in its 70-piece entirety, has opened at the National Portrait Gallery.

Sherman has subverted norms throughout her 40-year career. Feminist commentary is a constant theme; when commissioned to produce centre fold pages, seen in the Rear Screen Projection room of the exhibition, Sherman bucked the trend of presenting women as objects of a masculine gaze and focussed on the vulnerability of women. In 1983 when she was asked to shoot fashion for Vogue Paris, Sherman sent up the gloss of luxury fashion with deranged, neurotic and depressed characters wearing the latest collections. 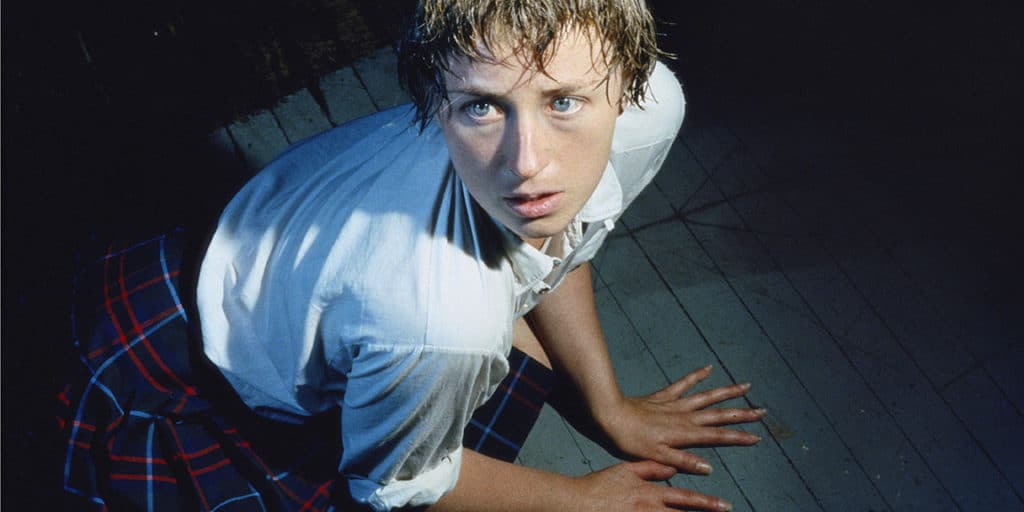 As a student at State College University at Buffalo, Sherman made a series of photographs that showed her working process but she has never revealed her methods to anyone since then. So it’s a coup for the exhibition to have a trompe l’oeil recreation of the artist’s Greenwich Village studio, where she has shot most of her work. We can see props, sketchbooks and moodboards to get a sense of Sherman’s working practice.

More than anything Sherman holds a scrutinising mirror up to society. In one telling contrast, in a room of “historical” recreations the National Portrait Gallery displays Ingres’ sumptuous 1856 portrait of Madame Moitessier on loan from The National Gallery alongside the Sherman version of the painting Untitled #204. As she digs under the surface of contemporary society, Cindy Sherman also prods us to look deeper and question all art. The exhibition runs until 15th September.