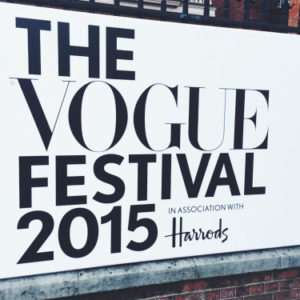 Well-dressed and heeled ladies are not a rare sight in South Kensington. Nevertheless, when a mini, glamorous, red-soled army, descends upon the Royal Geographical Society and the Royal College of Art on a Saturday morning, you know something exciting is about to happen.

This sea of stilettoes was on its way to spend an hour in the presence of their shoe-god, Christian Louboutin, at this year’s Vogue Festival. Interviewed by Alexandra Schulman, who also flashed her red feet, Louboutin revealed his inspirations, struggles and tips. The audience left with advice on how to travel well (drink lots of water and set your watch to the destination time zone) and even where to set up shop. A street where your store will become a destination, is the right one, according to the, self-proclaimed, shy designer. 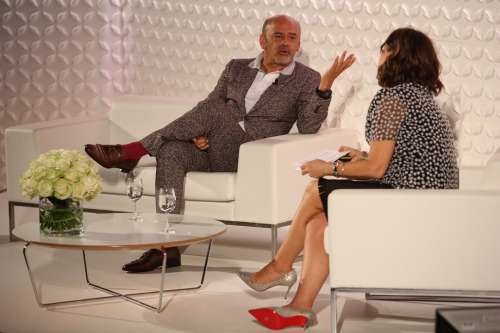 The dreaming of destinations and travel continued with the next guest, the extraordinary photographer Tim Walker. Along with Vogue Contributing Fashion Editor, Kate Phelan, the packed lecture theatre was dazzled by their incredible travel stories and got a peek behind the scenes of the magical May Vogue photo shoot in Bhutan. “Fashion is all about us dreaming and becoming something”, enthused Walker about the industry.

While shopping for Vogue emblazoned t-shirts, reusable coffee cups, denim shirts and pencils, the crowds were star struck by an instantly recognizable, French designer and a towering beauty strolling through the venue. Unmistakeably, they were Jean Paul Gaultier and Erin O’Connor. Those lucky enough, or maybe fast enough, to snap up tickets, were then treated to a wonderfully endearing conversation between the designer and the model. The burning questions about his departure from pret-a-porter were explained, while Londoners cheered upon hearing “I did what I did because of London, because of England. To be recognised in England was my greatest satisfaction.” 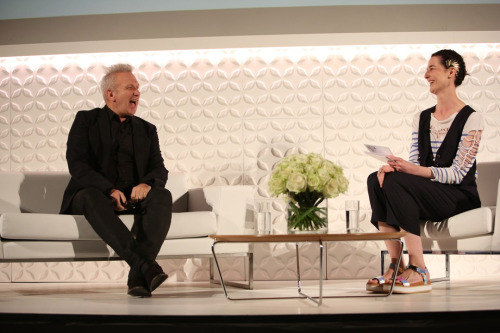 This optimism and cheerfulness carried on at the last talk of the day, which saw Alexa Chung chatting to the Instagram sensation, Olivier Rousteing of Balmain. His views on social media, mainly his favourite Instagram, as the new, most important and impactful way of communicating with the world was backed up when he admitted: “I’d rather read my Instagram comments” instead of reviews. His love for this medium, and pop culture on the whole, was cemented as he taught the audience, and Alexa herself, how to take the perfect selfie, even taking one with the whole lecture hall. The fashion pack melted as he admitted to wanting to set up an orphanage and walked out by saying “you’re already a part of the army, you’re here!” Whoever said that fashion is selfish and superficial?! 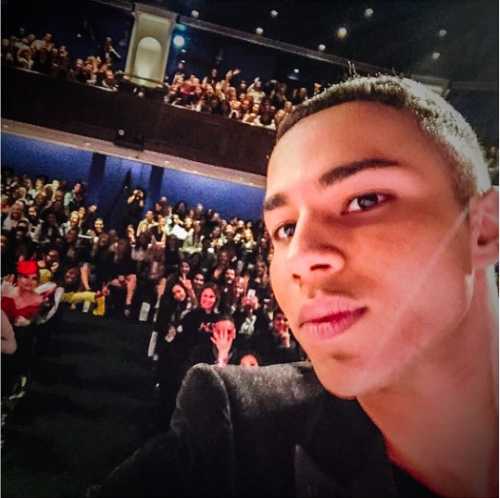 Overwhelmed, inspired and motivated, the festival goers trotted off back home with a lot of food for thought, and those of us privileged enough could hardly sleep for the knowledge of witnessing more amazing speakers and events the next day.